Are we obsessed with celebrities because they have what we want, and we normally want what we can’t have?

Just think about it for a second. Why do you call someone your favorite actor? Why do you follow that one musician on all his social accounts? Besides pure talent, there’s something we like about being in-the-know and keeping up with all the news about the celebrities we admire.

Of course, I fall into the group of people who will get excited at a celebrity sighting. The other night, I walked passed Giovanni Ribisi and hours later, spotted Fran Lebowitz. I was confused for a second, wondering if it was just my imagination, but the people around me confirmed. 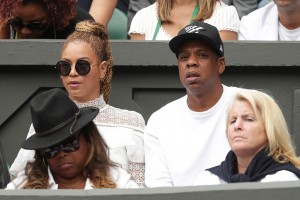 Whether it’s fame, fortune or talent, it’s clear that we live in a celebrity-driven culture. I’d like to think it’s because we aspire to be like them and look up to them as role models, or we wish we were like them so we read up on them as a form of entertainment. But there’s a difference between admiring someone’s talent and becoming obsessive to the point of addiction.

Apparently, Celebrity Worship Syndrome is a thing. We say, “I’m obsessed with that actor” lightly in conversations with friends, but it seems as if some people really do become obsessed with a celebrity that it becomes troublesome for everyone.

The late singer Christina Grimmie’s shooter was said to have been obsessed with her. Obviously this is taking obsession to the level where it gets bad if you’re going to stalk and harm someone, but you get my point.

I just wonder how we’ve become so tuned into exactly what celebrities are doing these days.

If a well-known actor wears a specific brand of running shoes, I’m sure a handful of people will go out and buy those exact style just because the actor wears them. Whether it’s because they want to be like the actor, say that they wear the same shoes that actor wears, or trusts the actor’s judgement.

Perhaps the simple idea of “we just want to stay in-the-know” is why books written by celebrities are so popular.

I never understood why people got so into books that celebrities write. If their main profession isn’t writing, why would I want to read it? I thought it would just be an autobiography and that if I wanted to know more about a celebrity, then I could just pick up a gossip magazine or search the Internet for the person. After reading a few, I slowly started to understand. It’s not only getting to know someone you admire on a more personal level, but it’s finding out more about that person that you can relate to.

Pardon the rant, but our society really does beg the question of what is the appeal? Celebrities aren’t going away anytime soon and I feel like we’re still going to care about who they are and what they do for years to come.

Tags: Celebrities, Culture
About the Author