Body Image Movement has done something very popular and quite eye-opening by asking one hundred people on the street to describe their bodies in one word. When I think about my body in one word, the first word that comes to mind is beautiful, but if I had to say more I feel like I would start to get scared or pointing out some areas I’d like to improve. Luckily, I didn’t have to be part of this video and be put on the spot, but it’s definitely an interesting way to see how body image affect women, men and children of all ages and colors.

Taryn Brumfitt, founder of the Body Image Movement created the below video, with interviewees from one to one hundred years old asking people about their bodies. A clear trend in watching: older women definitely had more negative responses about their bodies. It’s amazing to see the transition from young kids talking about their bodies in a joyous and playful way, noting their favorite things to do with their body like jump and run fast, and then see the excitement dwindle with age, as young girls grew into teens, and into women, became less enthused about their bodies. 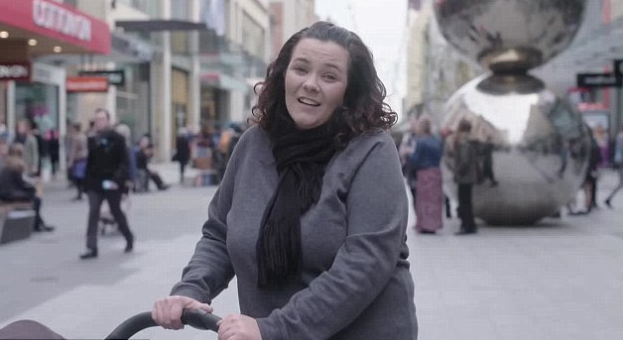 A ballet dancer described her body as ‘disobedient,’ a new mother while breastfeeding her child said ’embarrassed,’ and the woman above said hers was ‘flabby, fat and yuck’. The video ends with a forceful statement, “Imagine loving your body in the middle of your life like you do at the beginning and end. Don’t you think it’s time to Embrace?’ No better time to start than today ladies. And instead of thinking about those areas I’d like to improve on, I’m determined to use words of positivity when it comes to my body. Watch the video below and tell us in the comments what word you describe your body.