Male Athletes Have Troubling Body Acceptance Issues Too
by Lindsay Peoples | August 1, 2016 at 7:30 AM

Obviously our focus is curvy women and women’s issues, but with all the Olympic athlete coverage, and the ESPN Body Issue, it’s hard to ignore that men are often going through the same body image issues as women. Recently Cody Miller qualified for the Olympics and shared his struggles on Imgur; this shed some light on the truth of what it means to be an athlete and deal with the pressures of being expected to look a certain way.

Miller was diagnosed with a disease called pectus excavatum that causes his chest to be sunken in and puts stress on his breathing patterns, respiratory system, not to mention making him standout in the sea of built swimmers competing against him. 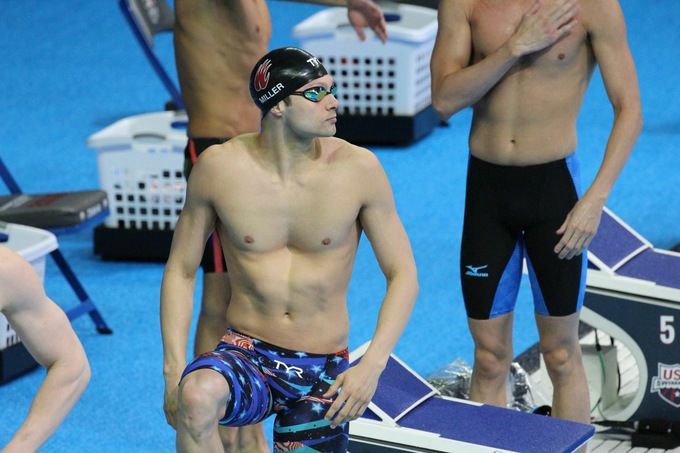 In the post he says, “Like a lot of you, I have struggled with body image problems [throughout] my life. I struggled with my appearance from a young age. I was a kid who was afraid to take off his shirt in gym class… people thought I was weird. At swim meets, I walked around the pool deck awkwardly while people stared and pointed at me. I was weird and abnormal.However, I’ve realized this: No one is 100% satisfied with the way they look.  Everyone has [something] about themselves they dislike. And that’s OK! Professional athletes, models… everyone has their own insecurities! I’ve embraced the fact that I have a giant hole in my chest! It’s OK!”

After all, expectations for males to look a certain way and not be themselves like Ben Whit and Zack Miko, is just as bad as when it happens to women. And it’s inspirational to see him push on despite his appearance and what society told him his limits were.

Tags: Fitness, Wellness
About the Author