Women get shamed for a lot nowadays. We most recently watched fans shame Ashley Graham for appearing to slim down in one of her Instagram photos. Chloe Marshall thinks that is ridiculous and that curvy models can serve as body inspiration at any size.

We understand that talk of changing your body can be a tricky topic, but we’d totally be doing you a disservice if we did not sit down and discuss it. The ever-fabulous Chloe Marshall sat down for coffee with us to discuss.

What’s your take on women using influencers as body goals?

“Frankly, I think it’s great. Whether they come from a state of over- or under-eating, they just want to get to a healthier state. If I can be the inspiration for that, to simply be yourself at your healthiest size, I want to. I do everything in moderation. I work out, but I eat. I have cellulite and stretch marks. I’m never going to get rid of those pieces of me, because they are me.

When other people accept that about themselves, that lets me know I’m doing something right in the industry. I know for a fact that I’ve helped one person, and it was such a fantastic feeling. When I was younger, I wish I had someone to look up to who was a size 14. I can do that for someone younger, be an attainable shape for her, and give her something that’s actually doable and healthy to strive for.” 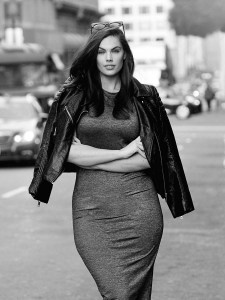 We agree. There are some women who are perfectly happy and healthy at their size, and that’s beautiful. There are also women who would like to change their weight for health reasons, and that’s cool too. They are beautiful in all stages of development, and we do change over the years. The media doesn’t really show that development in a positive light. If you had to describe the body struggles women have to endure the media in one word, what would it be and why?

“Self-doubt. That’s a compound word, so it counts! I think self-doubt covers it because growing up, you get so into magazines and looking at pictures and wanting to be that person in the magazine or on a TV show. They were always skinny, and I figured I have to be like that to be accepted. My mom was insanely supportive; she always told me that everyone is different, everyone is unique. You can’t let anyone influence you into thinking that beauty only has one form. I would say from the age of 7 until 17, it was really hard, but it was good for me. I now have thicker skin, and in this industry, I don’t take the criticisms to heart anymore.”

I think that’s what we all want at some level – to not take the criticisms to heart anymore. We all know that bullies will always exist, but bullies don’t have any power if we don’t let them. That is so much of what the body positive movement is about.

“Absolutely. And the body positive movement has started to catch on in the media. I think that all really started with Ashley Graham. She made the media and the public take notice of who she really is. She never lets the haters get to her. With the group of us models who are trying to stand together and form this sort of body positive group, we are watching the media start to react because people are reacting positively. The public is embracing seeing a healthy body. I think it’s great that it’s slowly starting to open up. This is the time to speak out about it.

However, you do get the trolls who will be mean. That just comes from their own self-loathe.” 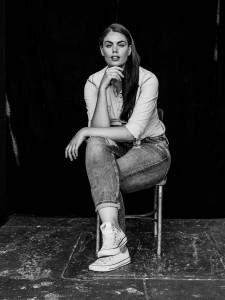 Taken by Philippe Regard

But isn’t that the most frustrating part? The whole movement is about appreciating people, not shaming people, keeping negative opinions to oneself, and yet there is ALWAYS someone who has to bad mouth someone else on a photograph.

“It is frustrating, but I know if someone is attacking me, something is going wrong in their life where they aren’t happy. You never really know what is happening in someone’s life. Sometimes their first instinct is to attack. I tend to not take it to heart. That isn’t me; I love myself more than enough to not take it to heart. I just let it slide.

Interestingly, more of the negative comments come from women than men. Here I am, in all my glory, trying to show you that it’s okay to be unique; the last thing I would expect is for a woman to attack me for it. It’s so hard as woman to begin with, and then you throw in trying to put someone down. My question is, what happens one day if you have a daughter and she’s being bullied? You’ve already attacked other women, but now how are you going to be positive around your own child?” 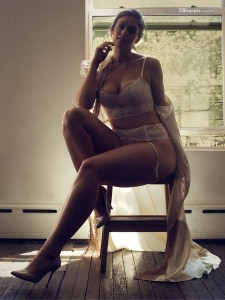 That’s a great question. Really. How can the same people who bullied others get upset when they, or someone they love, get bullied? It’s frustrating, but you already mentioned that those who are the bullies have less power when you don’t let them have it. A lot of that just comes with self-love. So what do you think are our next steps for reclaiming our own bodies to love?

“I feel like the public is catching on more than the media, but the next big step is to stop using the terms plus size, curve, and just start seeing us as models and as people. Seeing us more in editorials – more brands that haven’t opened up to the curvy market – actual models and wanting to use us because we don’t just represent one kind of woman.” 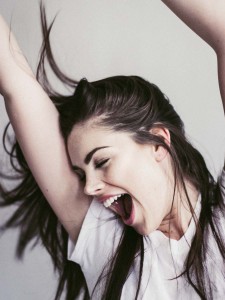