With the Olympics coming up soon, we’ve gotten a chance to see a lot more women athletes come out and speak on their experiences dealing with scrutiny, gender bias, body shaming and using overall wellness as a goal instead of just fitness like the amazing women part of ESPN’s Body Issue.

Former Olympian Shawn Johnson started her gymnastics career eight years ago at the 2008 Beijing Olympics, when she was only 16 years old. Though she went on to win a silver medal, she didn’t take home the gold that her teammate Nastia Liukin did, which not only surprised her but made her feel inadequate and questioned her abilities as an athlete.

According to Cosmopolitan, Johnson admitted, “I remember being given the silver medal on the podium, the person who did it gave me a hug and told me, ‘I’m sorry’. “I was being given a silver medal at the Olympic games and being told I’m sorry was kind of like a validation in my heart that I had failed. If I failed at being a gymnast then I failed at being a human being.” 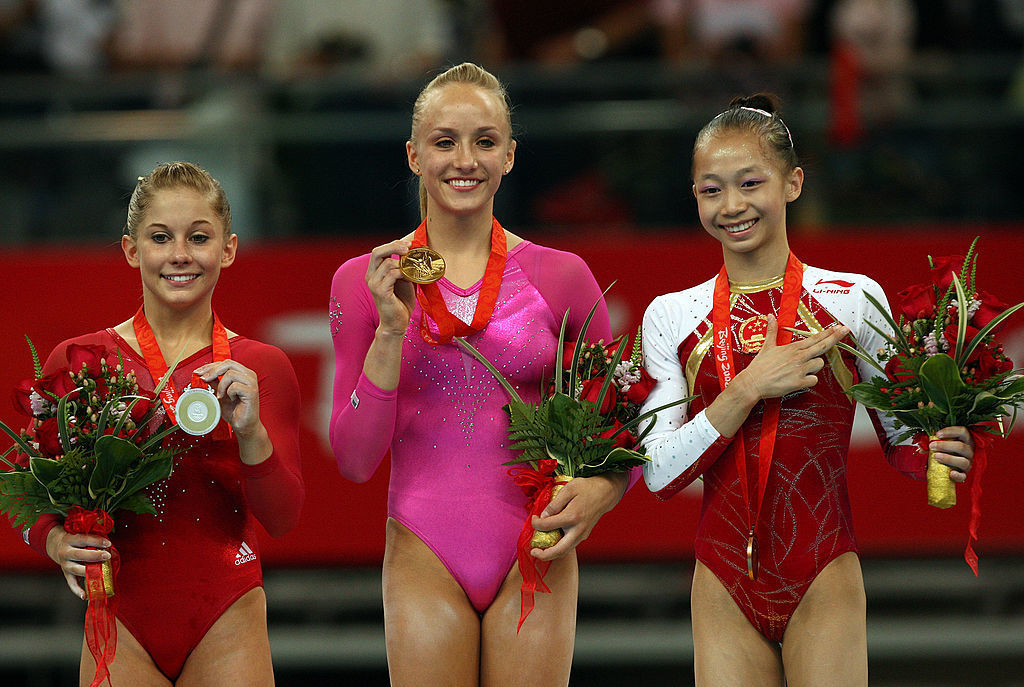 After the Olympics Johnson went on to compete on Dancing With the Stars which she says only made things worse when she would read what the media would say about her, critiquing her weight gain and appearance immensely, so much so that Johnson said, “It affected me immensely.”

Even after she tried for the Olympics again in 2012, and ended up winning a gold medal then, the journey was a struggle to get to a place where she was balancing honing her skills with being healthy. When training she would go for over 40 hours a week, and was under pressure to lose a lot of weight. “I was losing hair, I wasn’t able to sleep. I wasn’t eating properly. I was struggling with [the fact that] I wasn’t 16 any longer.”

Under all of that pressure, it’s no wonder women find sports to be such a hostile environment. Johnson was one of the best gymnasts in the world and for her to be constantly critiqued for her weight, and even shamed for her body growing and developing into a woman, is just insane. Her self-esteem had to be at such a fragile point, and it’s eye-opening to not only hear her story but how she overcame her body image issues. During practice one day Johnson had a moment of clarity saying, “In that instance I felt the entire world be lifted off my shoulders. I was giving my heart and soul and getting to a place that I was not proud of all for that gold medal again. When I stood up there and got that gold medal, yes, it’s a monumental experience and wonderful thing. But it’s not the end-all, be-all.”