Last week, Chris Christie was filling in on the Boomer and Carton show and had some less than pleasant things to say about body image. In reference to Maria Sharapova’s two year suspension, the hosts agreed that her suspension was too harsh and that all women’s tennis players are in “phenomenal aerobic shape.”

According to USA Today, Craig Carton added, “At the end of the day, tennis needs that…we need attractive European tennis players so you have something to do other than watch…for the sport you need more models playing tennis.” Christie went on to add, “You need [Caroline] Wozniacki.” The  disgusting conversation ended with Carton noting, “We watch women’s tennis and we fell in love with Chris Evert and we loved Anna Kournikova, and Maria Sharapova, and Tracy Austin, and for a small time, Jennifer Capriati. You know why? Because they looked good and they were great tennis players. There’s nothing wrong with that.” Let’s just start with the fact that Chris Christie is no Brad Pitt, so him commenting on the looks of anyone is just baffling in the first place. 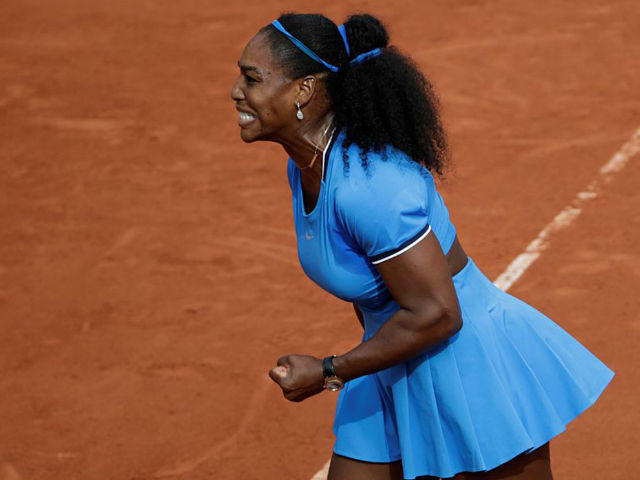 Even more so there a million things wrong with misogyny and bringing body image issues into a sports realm where you’re supposed to be judged on your athletic abilities and talents, not how short your skirt is or how your hair is styled. Until recently, Serena Williams was making less than Maria Sharapova, but winning more games and titles. That’s no coincidence. The Guardian reported a study by Sport England that found that “75% of women wanted to take part in a sport, but were inhibited by fear of being judged on their appearance or inability.” We live in a society that deems appearance more important talent. It’s truly an epidemic that is changing the thoughts, opinions and decisions of women who deserve more.

The way women are judged and the derogatory comments that curvy women have to deal with is astounding—I can only imagine what it’s like to be Serena Williams and have people not only ridicule her for being in a predominately male, white sport but also be a curvy black woman. The world of sports should not be a place where women are fearful, or feel like they’re being put on a pedestal to be judged—there’s something amazing about women’s bodies, no matter their size or appearance and to be able to do the things these women do with their bodies should be a celebrated and liberating experience.