RunwayRiot Talks to Mahalia Handley About Celebrating All Bodies ‘Not Just Curvy, Not Just Sample’
by Amanda Thomas | May 16, 2016 at 3:09 PM

“Humanitarian, business mogul, model,” are the three words up-and-coming beauty, Mahalia Handley, uses to describe how she sees herself in five years and it seems that she is moving in that direction fast. With her newest celebratory body-bending Selfridges campaign to her smoldering motivational Instagram, she’s a woman with a goals. Handley, who is Australian and mixed, fights to normalize racial and size diversity in the industry, but she also sees her career as a way to help the environment.

“I have the ability to do what I love for a living.” Handley told RunwayRiot. “It’s like the saying, ‘love what you do and you will never work a day.'”

Handley works in England and Australia, but she spends her time jet setting around the globe, hoping to score creative campaigns that go against the grain. 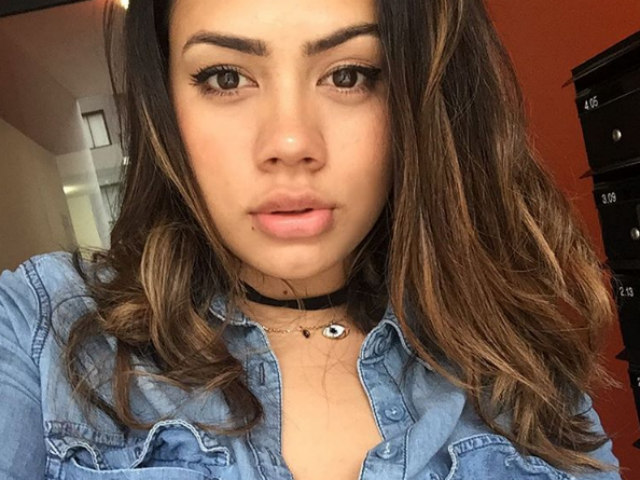 “I like working on anything wild.” Handley said. “I was on set working with one photographer in the water. In Australia they have these large jellyfish. I picked one up and started working with it like it was apart of the garment. I don’t suggest you go to Australia and just pick up any jellyfish though. I  just like things like doing things that are against the norm.”

Handley is a vegan because she cares deeply for the environment and hopes the fashion industry will move towards becoming more environmentally friendly too. She wants the industry to stop using fur, although faux, she is totally down for, and would like the industry to reexamine its practices from the inside out. 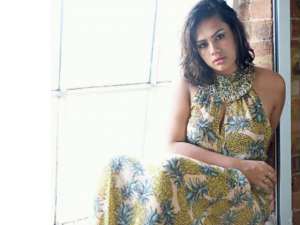 “I want to see more ethically produced clothing in general. Looking at how clothing is made and the chain of events it takes to make clothing.” Handley said. “For example sample sizes are used because of the price of fabric, so we should at how we can change that.”

Handley wants the industry to celebrate all bodies, as she says “not just curvy, not just sample. I want to abolish the idea of diversity as quirky. Diversity is normal and it is everywhere.”