A Second Skin to Cover Up Your Wrinkles Proves Youth Obsession Is Way Out of Control
by Lindsay Peoples | May 10, 2016 at 8:37 AM

Real scientists that have actually created a second skin, designed to cover up bags under your eyes and wrinkles. So going to these extreme lengths to cover up some crow’s feet is a thing that is happening.

BBC reports that the scientists have developed an invisible elastic film made of silicone and oxygen that locks in the same amount of moisture and appears to improve the skin’s elasticity. You would think something like this would be invented for actual health reasons, like I don’t know, people with severe burns but no. This invention is just so that you can look in the mirror and like what you see. 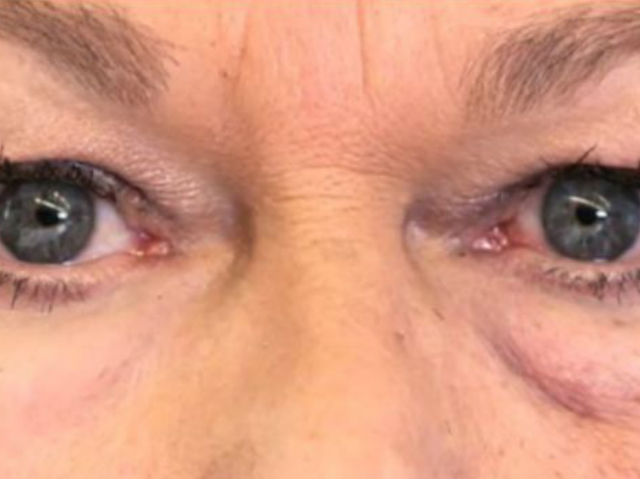 The team from Harvard Medical School and the Massachusetts Institute of Technology has already tested the product on a handful of volunteers, mostly applying to under-eye bags, forearms and legs. Apparently when applied to patients, it made their skin look smoother, firmer and virtually erased any deep set wrinkles. It’s designed to be worn all day and can withstand precipitation, just in case you get caught in the rain with wrinkles.

People are taking serious measures to run against the clock of aging, a process that is natural and every human being before us has encountered.  Obviously plastic surgery is its own phenomenon, but the obsession to look young is completely out of control when scientists decide to focus on wrinkles instead of real diseases. If you want to put some temporary skin on your face, best of luck with that.