Why Adele Could Have Succeeded Kate Moss and Cara Delevingne at Burberry
by Lindsay Peoples | April 19, 2016 at 2:16 PM

Burberryannounced today that actress Lily James would be succeeding Kate Moss and Cara Delevingne as the official new face of the brand’s fragrances. James was in Cinderella and Downtown Abbey, but I have to admit when they announced it, I was wondering why they didn’t think of an even more major star: Adele. They’re already dressing Adele for her tour, and she’s one of Britain’s most ridiculously money stars, so it would make a lot more sense.

It’s a major deal to get a contract with a real deal brand, and we’ve been waiting for brands to wake up and realize that curvy women can sell beauty just as well. Though Kate Moss and Cara Delevingne are top models, Lily James isn’t really on their level, but they are all statuesque, slim and blonde. Lily James, of course IS a pro model, but she has a lot less star power than Adele, whose star is currently raging. I mean how good would Burberry look, with Adele touring internationally as the face of their brand on multiple levels? 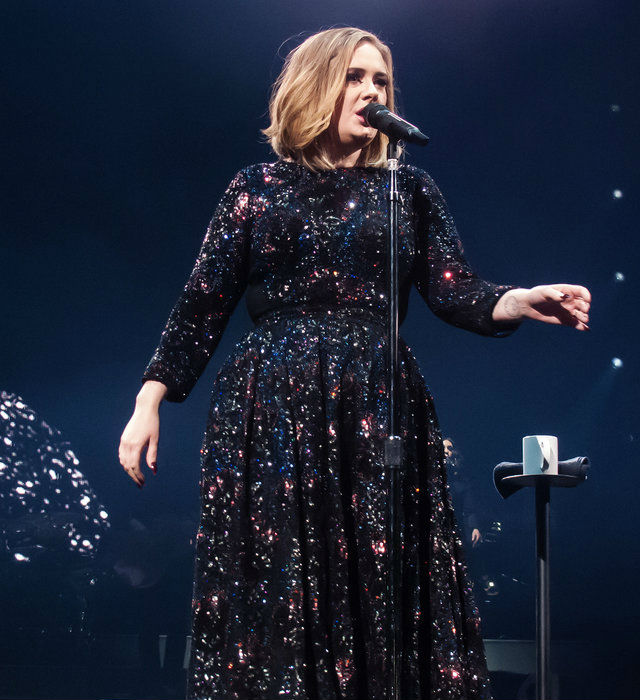 When I look at Adele’s makeup I’m in awe–one of the many reasons I was in entranced when watching her makeup artist Michael Ashton recreating her signature look on a model. She’s stunning, and I don’t doubt for a second that she would make for a very profitable Burberry face. Look at that mug.

I’ve already shared my thoughts on how Burberry is dressing Adele for her tour, because some of the looks are a little on the dowdy side but I’ll take what I can get on that end. Even so, it baffles me that they didn’t step outside their comfort zone because Adele is such an obvious winner. She could sell absolutely anything — fragrance or eyeliner, obviously because her look is one that people try and recreate over and over again. We’re not holding our breath for brands to start realizing how important inclusion is even when it comes to beauty, but this could have been seriously historic if Adele were the choice.