Get excited. It’s almost time for The Huntsman: Winter’s War, people, another way to make your bedtime fairy tales infinitely cooler. Chris Hemsworth and Charlize Theron ride again in their roles from Snow White and the Huntsman, and it hits theaters April 22nd. 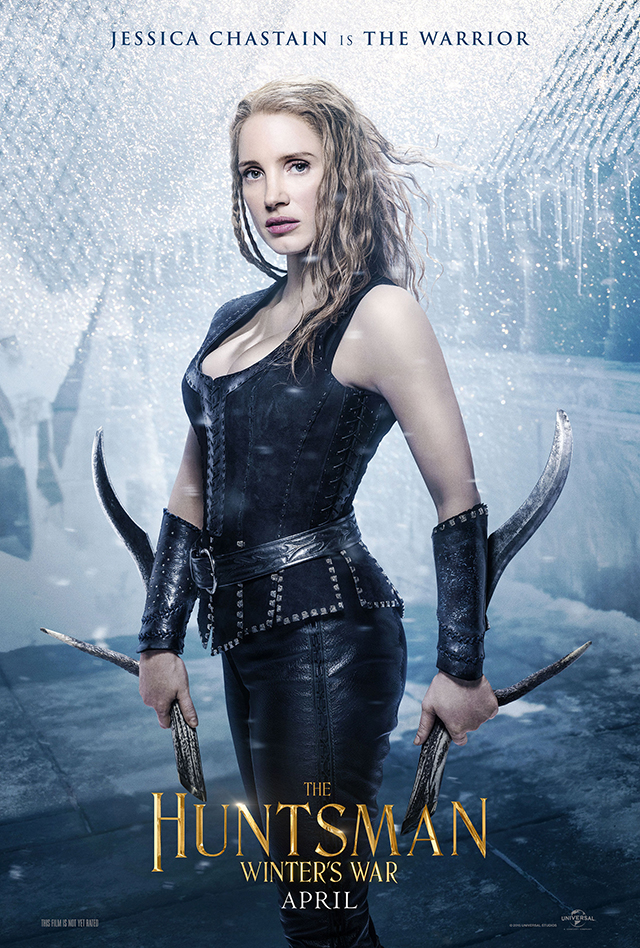 But this time, the scope is widened to include Jessica Chastain, (warrior,) Emily Blunt (Freya,) and Emily Blunt’s headpiece (Freya’s own.) Queen Ravenna (Charlize in one of her favorite colors, gold,) betrays Freya BIG TIME by doing ice queen things, and it’s an official WAR between two queens, prompting all of the YAS QUEENS among fantasy adventure enthusiasts everywhere.

So to celebrate, RunwayRiot is giving one lucky winner a dope prize package for the movie valued at $120. We’ll choose one winner at random. It’s all courtesy of Universal Pictures. You will win these not one but six free shiny things:

1. a pair of handcrafted gold dagger earrings from Catbird
2. a t-shirt
3. a tank top THAT SAYS SLAY QUEEN
4. a notebook emblazoned with the film’s title for keeping track of all your plots
5. a mirror compact to announce your evil deeds to
6. PLUS a nail file for keeping your mani fire. 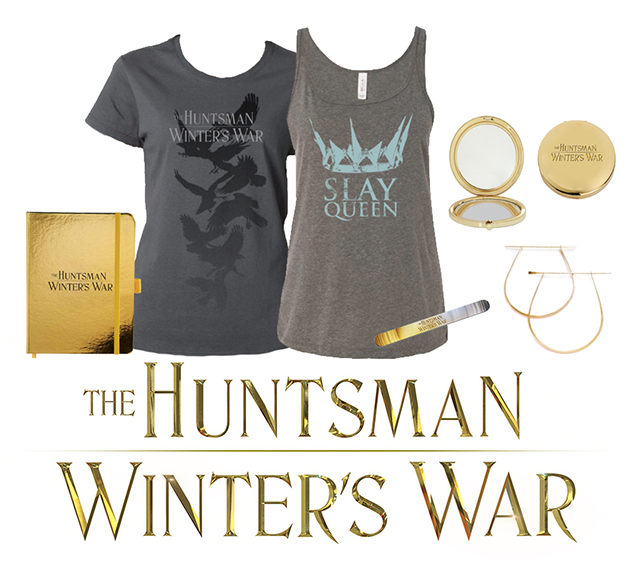 How to win: Starting today, April 13th at 12p.m., ending at 12p.m. on Friday, April 15th, 1. follow RunwayRiot on both Twitter and Facebook, and 2. share this post tagging us on Twitter OR Facebook 3. with the hashtag #TheHuntsman. We’ll select the winner at random on Monday, April 18th. Best of luck! One thing though: only entries with U.S. addresses eligible.

About the Movie: This hyperstylized take on what happened pre-Snow White and the seven dwarfs has Charlize camping it up in wall-to-wall ice queen mode, glorious fight scenes with razor sharp reflexes, and an enchanting structure. Expect DOUBLE the power, and one highly covetable mirror on the wall, just like the writing. It’s all so deeply pleasureable particularly watching the evil queen rule and say stuff. So many gorgeous gold things on Charlize’s face.