Oprah Winfrey is one of the wealthiest women in the world. Carving out a fortune with a namesake talk show and building a media empire, all focusing on providing tools for self growth and inspiration. Her words of wisdom and her constant generosity have made her an inspiration to countless people, including the Broad City girls who have a bedroom mural of her face. Despite her extremely difficult upbringing, Winfrey persevered, making her the living manifestation of inspirational quotes. 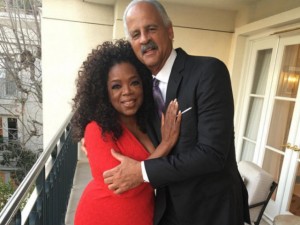 Although, Winfrey is one of the most successful women…ever, it’s her struggles that make her an inspiration. As long as Winfrey has been in the public eye, her weight’s changed. Any Oprah fangirl can confirm Winfrey has tried and flunked most diets. She made her weight loss journey incredibly public, writing books, dedicating magazines and airing shows that are completely about weight loss, which of course has its detractors. 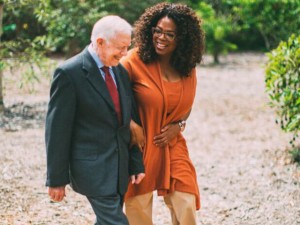 Like most journeys, Winfrey’s path bobbed and ebbed, constantly fluctuating in her weight. Her endless upward battle seemed to slowly turn into a battle with self-acceptance. Billionaire Oprah Winfrey, had to learn to love herself like everyone else. In a less seedy way than the celebrities, they are just like us” section in tabloids, Winfrey’s journey is incredibly relatable.  She is a reminder that negative body image can affect anyone but she’s also a reminder that with time body acceptance can be achieved.