Why I’m Ecstatic To See Beyoncé’s Unretouched Butt and Thighs in Her New Activewear Ads
by Lindsay Peoples | April 1, 2016 at 11:29 AM

Celebrity clothing collaborations are usually a hit or miss. You never know how they will look in the images, if the clothes will actually be wearable and if it’s just a, ‘I’m a celebrity so I’m coming out with something’ kind of thing’.

We already predicted her inevitable Elle cover, but we were also blessed with images of Queen Bey modeling in her new active wear line Ivy Park, and I have to tell you I about died when I saw the shots. Beyoncé’s in most of the pictures, looking like the flyest Olympian we’ve ever seen, mixed in with some high fashion runway models as well. But what people immediately noticed, and what made me so excited about them was that they didn’t Photoshop her body. We’ve seen time and time again in activewear ads that blatant message coming across is: working out is for slim people, or that if you buy this product or join this gym, you will look as slim as the model in the ad. 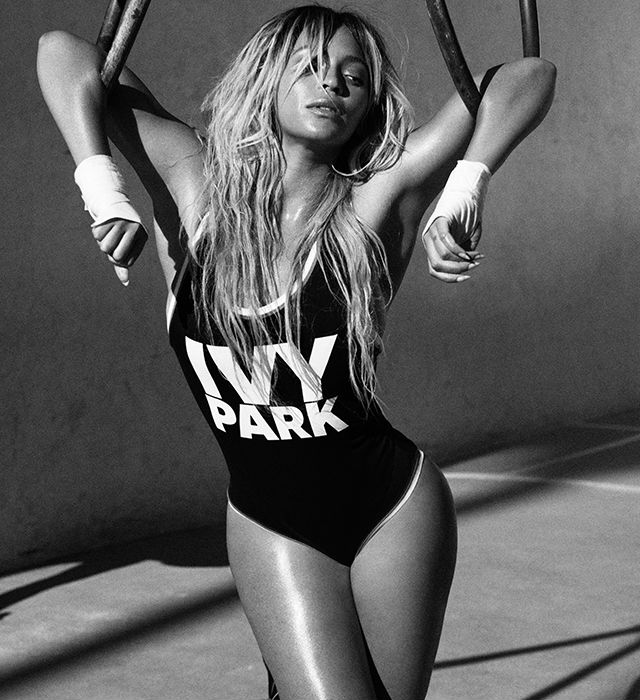 It’s so refreshing to see someone with some thighs and a butt in an advertisement, and especially in an advertisement that’s selling workout clothes. They didn’t even give her a thigh gap or try to flatten her butt, so it’s basically a miracle from above! There’s really no way to describe the pure joy that these images bring me, other than saying that I have complete and utter crush on Beyoncé.
Okay ladies now let’s get in formation.