This Is New: Ashley Graham Coached These Male Models to Do Typical Female Model Beach Poses
by Ashley Hoffman | February 19, 2016 at 5:45 PM

Sports Illustrated is coming at you, and here you were thinking that we’re only supposed to look at females being sexy on the beach.

1. “Miguel” does his best Ashley Graham laying by the ocean, arched back and all..

2. There’s a shot of the gang embracing each other just like the women did in Sports Illustrated, you know, like they’re relatives who really relate to each other come nighttime.

3. Sweetener: This shoot has the best possible use of an inflatable dolphin, which your day always needs more of.

Ashley Graham, who knows proper come hither techniques, “stopped by” to help xoJane to coach the boys. Graham actually taught “Miguel” how to arch his back in order to pay homage to her Sports Illustrated pose.

So if you wanted to cure a serious SAD by leaning back and enjoying some smirks and hip thrusting in board shorts against a backdrop of blue water, here you are.

We almost never see man eye candy aimed at women objectified in the way that we sometimes seem female models. You know, like in the Miu Miu ad where the female model looks like a daughter who is waiting for Liam Neeson to bring his particular set of skills out of retirement. And even in Ashley Graham’s epic SwimsuitsForAll ad, the guy in it was fully clothed in a business suit because success.

Here’s why xoJane did it:

At xoJane, we’re always interested in asking questions about the cultural forces that affect women’s lives, both in the sense of how women are perceived, as well as how women perceive themselves, and it’s tough to overestimate the influence of SI’s swimsuit issue as shaping what counts as beautiful and sexy for women. And given the xoHistory of offering alternatives — such as when we did our own “beach bodies” photoshoot (remember that?) — we thought, “Hey, what if we reproduced the typical Swimsuit Issue photo shoot, only with men?”

Check out more of dudes pulling on their shorts dangerously close to their nether regions here, you know like a girl. 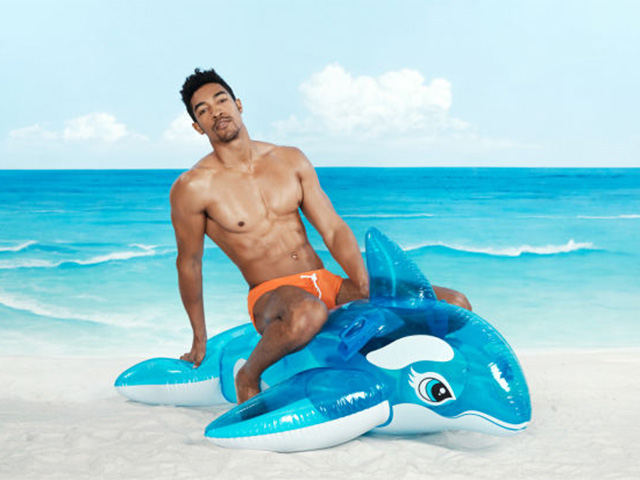 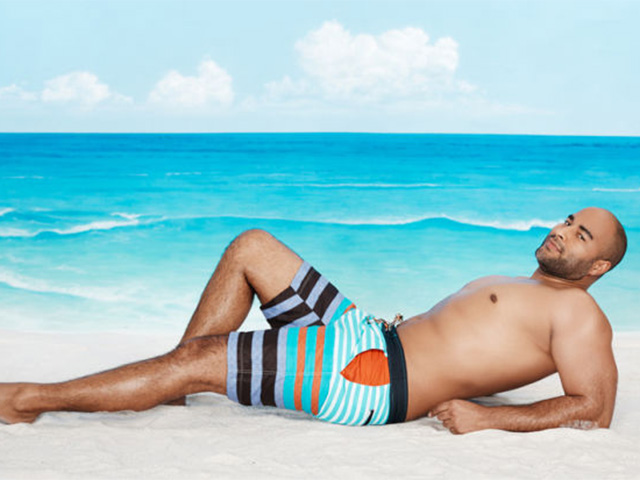 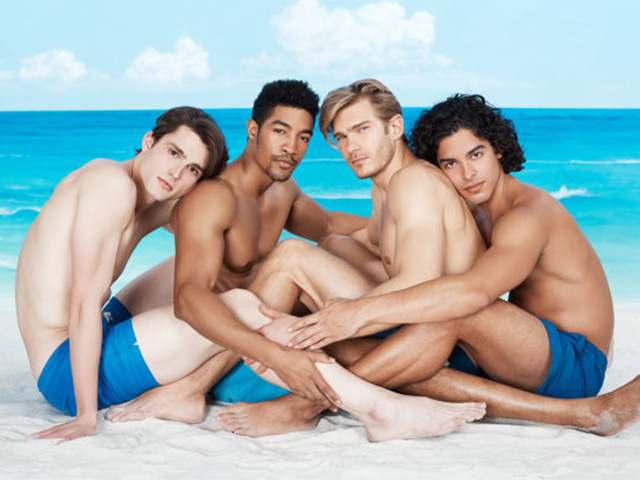 All photos by Stephania Stanley for xoJane.com.