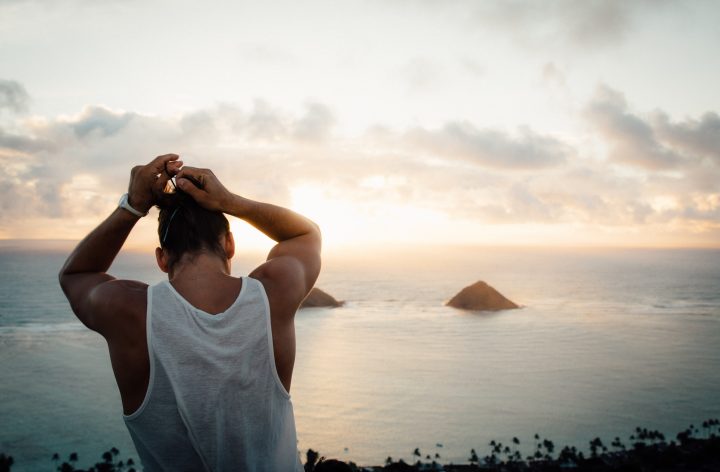 Most people would agree that a burly man with muscles busting out of a lace bustier or corset is a silly image. However, when it comes to men in lingerie, there’s no need to get your panties in a bunch. Thousands of men get their bedroom thrills with the gender-busting fantasy of wearing women’s lingerie. Not only does it shake up rigid and outdated gender roles, but it is also a quirky and imaginative way to heat things up between the sheets.

Fancy brocades and satin bows might seem too dainty or effeminate for the average male, but this odd trend is more prevalent than people might think. In fact, www.hewearspanties.com, home of the Panty Champions blog, has 2 million users. For men who can’t keep their hands out of the panty drawer, the feel of luxurious satin, lace, and silk is intensely pleasurable, especially when combined with their partner’s sexy outfit.

Hope Alexander, an advocate of men in lingerie and contributor to Panty Champions, loves seeing her man in undergarment drag because of the sensation of a hard, chiseled body against the feel of satin as it slides over the skin. She adds, “There was an added dimension to our lovemaking that came from the feel of the lingerie and…also the freedom he was allowed to just be himself.” A poll of men on the Panty Champions blog showed that men like to wear lingerie for the feel of the fabric, which counters the misconception that men in women’s panties make them appear gay or overly feminine.

Another reason men should add lace and satin to their repertoire of dating strategies is because it looks sexy, especially on glistening abs of steel and muscular legs. Men tend to have less cellulite and spider veins than women, which makes them even more attractive in panties and nylon stockings. When drag queens grace the stage, they often look more stunning than women because they appreciate the clothing and put hours into choosing a simply divine ensemble. The same is true when men wear women’s intimate apparel.

If it looks ridiculous and induces hysterical laughter, then the results are even better for stimulating one’s sex drive. According to one study, researchers found that one of the most desired traits that women look for in selecting a mate is intelligence, which is expressed in many ways, including humor. This complex emotion requires a high level of emotional, social, and mating intelligence. Research also shows that women value a sense of humor in a mate more than men. In dating profiles, a sense of humor was requested by women twice as many times as men. In other words, funny people make attractive and highly valued love partners.

Geoffrey Miller expanded on Darwin’s Sexual Selection Theory with a series of mental fitness indicators which show that humor evolved as a way to signal intelligence. If Darwin’s theory is correct, and a sense of humor is a gage of mate quality, it might be time to step into a thong to help set the mood. When a man slips into a matching garter set and channels his inner drag queen, he is bound to get some laughs from his lover.

In conclusion, let’s keep it brief: Men wearing lingerie is both sexy and hilarious, a winning combination in the game of seduction.