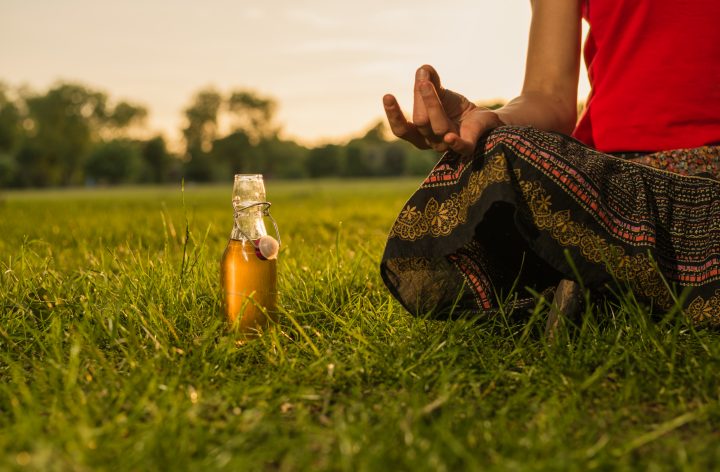 Beer Yoga is a legitimate thing now, and we are thinking the same thing as you—HOW?! Ever wanted to reach the ultimate level of Zen, while sipping on an ice-cold brew, well we haven’t either, but if you are interested in trying, you now have the chance!!

This interesting fad first started through Berlin hipsters and is now making its way internationally. This iconic mashup prides itself on the “marriage of two great loves- beer and yoga. Both are centuries-old therapies for mind, body, and soul” according to the BierYoga website.

When first coming across this idea, you might think it is a joke, but these Beer Yoga aficionados are taking it so seriously. The concept works by pairing the philosophies of yoga with the pleasure of beer drinking to reach a high level of consciousness.

Australia is really taking this Beer Yoga thing to a whole new level. Sydney is bringing in two Beer Yoga sessions where students can learn yoga poses and salute to the beer! They will be balancing beer bottles on their head, and sipping after coming up from the downward dog. The beer drinking will be incorporated into the yoga poses to ensure it is your most memorable, or forgettable, yoga sessions of your life!

Beer Yoga has been making its way into the United States as well, as yoga teachers are subtly introducing the beverages to their classes. Some teachers are bringing yoga to local breweries to help support other businesses.

Usually, when thinking of a drink that goes with the idea of yoga, I would personally go straight to a kale smoothie, or a bottle of water. Now my mind is going straight to a nice cold bottle of beer. Hopefully, this trend “namastays” around for a while! 😉 Downward dog with a bottoms up to finish it off!

Tags: Fitness, workout
About the Author

Hi Everyone, I’m Nicole, but everyone who gets to know me calls me Nicki. I bleed orange as a Syracuse University Senior and am proud to be a New York City girl. I appreciate good television entertainment but have barely seen any movies, my favorite channel is the Food Network but I am a picky eater, and I love watching sports but can’t play any! I’ve loved fashion ever since I was a little girl, having a guilty pleasure of that great TLC classic, “What Not To Wear”. My favorite fashion tip to give— Black looks good with anything, and during any season!
Connect with me:
I Want That!