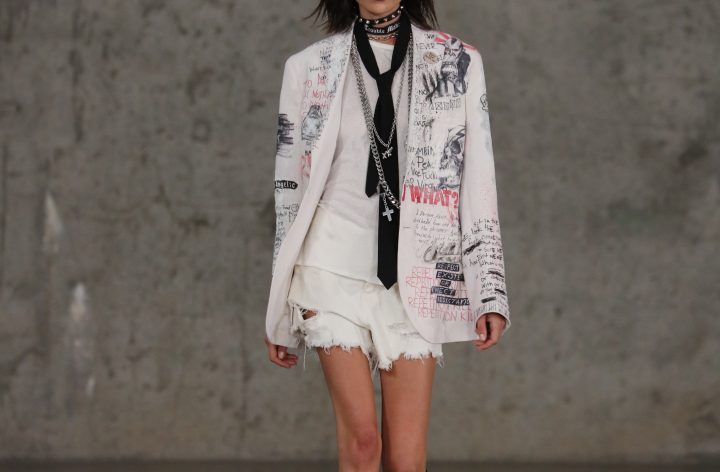 Without a doubt 2017 is turning out to be a year where it’s ideal if not encouraged to speak your mind when it comes to politics and current affairs. Whether it’s the latest developments with our new president or supporting a cause that is close to your heart there is always an opportunity to voice your opinion. Sharing your point of view does not always have to be vocalized, a lot of women are turning to fashion as a way to share their opinion proudly. The best part is that a number of designers are making it easier to do just that!  There is so much to be said and several stylish ways to say it! 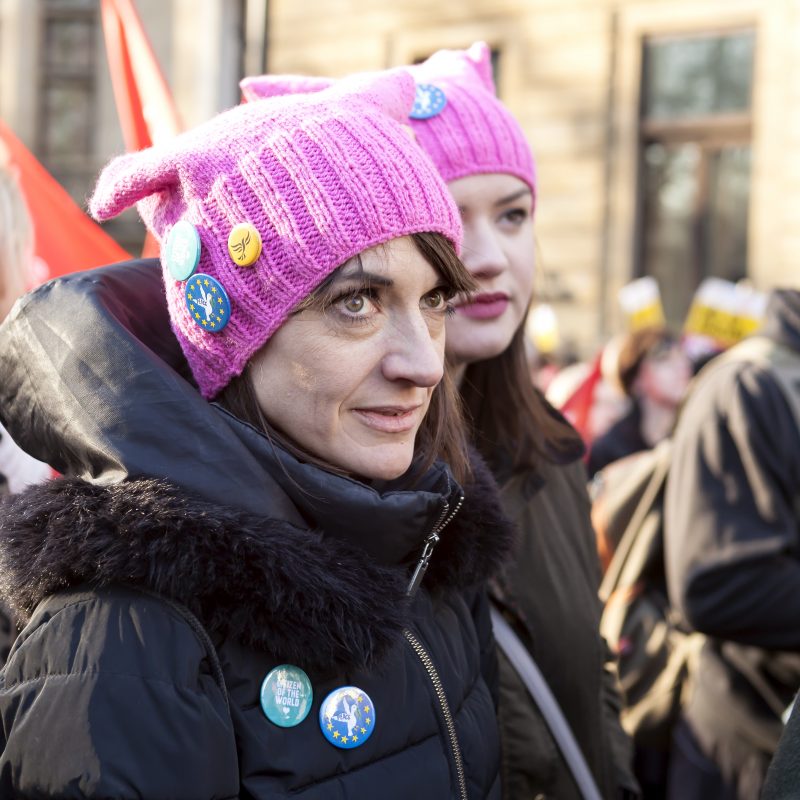 The Women’s march was a historical movement that brought together so many people and may be considered the start of the next serious social movement.  Keeping the momentum going women are sporting t-shirt designs and other inspired pieces of apparel to make the public aware of women’s rights and what the march itself stands for.  You may notice a few women wearing pink knit winter hats, this Pussy Hat Project is sweeping the nation!  The project’s goal was to make a visual statement on the first day of President-elect Donald Trump’s administration, they wanted to show that women stand united when it comes to protecting their rights, said the project’s co-founder, Jayna Zweiman. Other muted statements of support include sewn on patches that say, Activist, apparel with the wording Girl Gang, Nasty Girl jewelry, Grl Pwr baseball cap and much more! There so many ways to show your support in your own way.

Founded in the late 1960’s the Panthers practiced militant self-defense of minority communities against the U.S. government. They also advocated establishing revolutionary socialism through mass organizing and community-based programs. Celebrities like Beyonce rocked this look loud and proud at last year’s Super Bowl halftime show with an all black attire.  The militant all black style has also been worn by other A-listers like T.I and Janelle Monae. A simple tee with a strong statement like Black Panther or a Black Fist, a beret, black gloves and a sleek leather black jacket is the perfect way to mimic this look.

The recent election was an opportunity for many people to speak their minds through their clothing. Traditional looks include statements like Green Party or Liberal, however, with each election, there are designs created specific to that time. Instead of bumper sticker, you can share who you are voting for with your clothing.  A few popular designs leading up to the election in 2016 were Thanks Obama, America First, I’m With Her and for those that want to refrain from who they are voting for they can always go with the timeless tee that says Republican Party, Democratic Party or Cocktail Party. 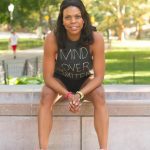 Nadia Murdock is a nationally recognized fitness coach, published author and regular on-air fitness expert as seen on E! News, Fox, Today.com, Harper's Bazaar and Life & Style just to name a few. She is living proof that her “train your mind, change your body” method works. After changing her own life via her own weight loss journey to a healthier lifestyle, she became dedicated to sharing that power with others through teaching fitness classes and her company Nadia Murdock Fit. She also enjoys all forms of fitness from Barre to Zumba and never goes a day without breaking a sweat.
Connect with me:
I Want That!