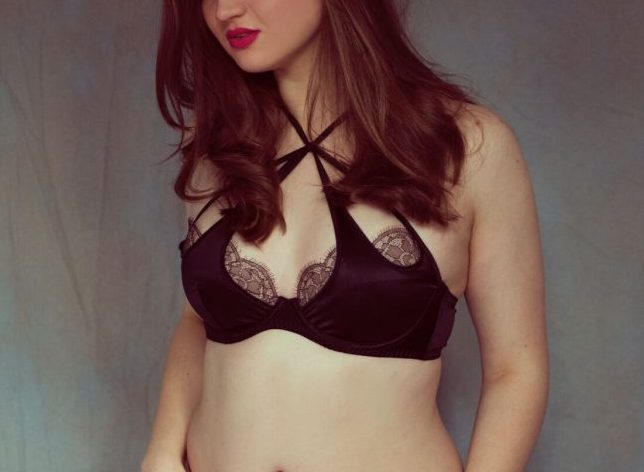 2016 witnessed the dawning of a new era of beauty where the shift behind it is acceptance. That is, accepting everyone has differing perceptions of beauty. Movements and projects helmed by body positivity activists and both curve and straight sized models are calling for change. This is happening all over the world, yet still there is a lack of representation of body types, especially in Scotland. I am an agency signed size 12 model based in Scotland and want to give an honest experience of my time modeling here. The purpose of this article is to call for more diversity – I am questioning the Scottish industry and want to understand why there is a lack of representation of models of different body types. 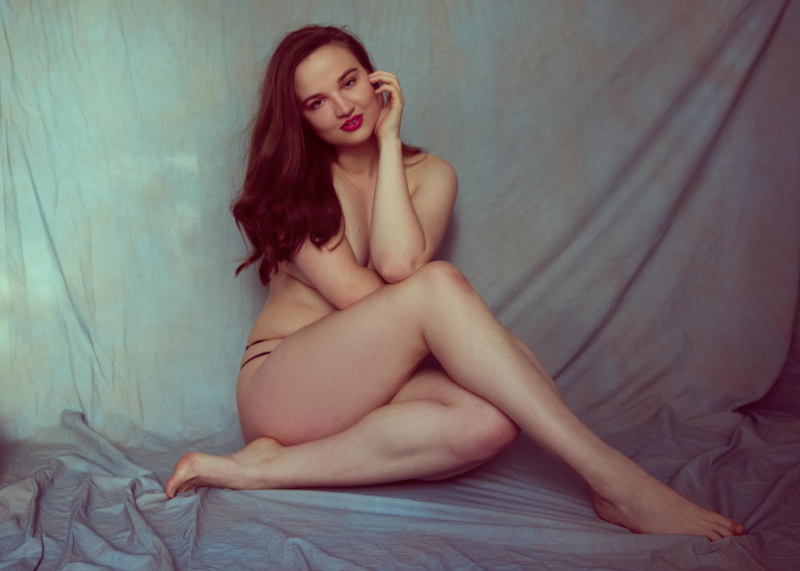 I have been modeling for over two years and struggled with accepting my curvy figure. In the summer of 2014 I was interning in New York City and had the dream of being signed by a top agency. In my final week I finally discovered the courage and attended a few open calls, reaching out to photographers. I was told that I had a great and interesting look and I arranged a photoshoot with Ryle Watson. Ryle had shot many curvy body models before and so I felt comfortable working with him; however I still did not want to be labelled as curve. He taught me the ins and outs of modelling and gave me enough confidence to reach out to agencies upon my return to Scotland. Here, I signed with a small agency and have been developing with them ever since.

Even though I was signed as a curve model I was still focused on being a smaller size as I believed that would make me successful in Scotland. To me there were no other models my size here and for a long time I had an unhealthy relationship with my body, restricting myself in order to be a certain weight. This desire to become a smaller size developed for no particular reason other than being surrounded by unrealistic standards of beauty and striving to obtain perfection. It was an unhealthy obsession that only led to a road of false hope and self-loathing. Counting calories, obsessively working out and measuring soon became the norm. I hoped this would lead to progress in modelling and I’d be happy. I was wrong. I was being so judgemental of my appearance and this affected other goals I held; I was in constant competition with myself. Nothing was ever good enough and I had to continually succeed, it was a destructive cycle.

It was not until I came across images of Crystal Renn, Tara Lynn and Robyn Lawley that I thought they looked different to other models. I checked their measurements and was surprised that they did not follow the normal 34″-24″-34″ ratio. A sense of relief and liberation took over and in time I healed and embraced my size. I grew up not knowing that curve modelling even existed and was determined to lose inches to fit standards perpetuated by the media. Images of women with one body type are only ever portrayed and the Scottish industry is unfortunately following suit. Models like Iskra Lawrence, Charli Howard, Clémentine Desseaux and Robyn Lawley are going to great lengths to remedy this, however in order to find them you have to search. Herein lies the problem: these models and images should not be looked for. They should be sought after. Showcased just like all other fashion images, be included in magazines and the models should be in campaigns. The industry is calling for change, and this change can only be facilitated through the coexistence of straight and curve models – with no divide.

I call on Scotland to showcase more diversity. There are curve models out there, some signed, however little you see them. The work is non-existent and I have not yet seen a campaign in Scotland feature curve models. I have had photographers decline to work with me due my hip size. I have attended castings and been asked to try the sample clothes that are only ever a size 8. I was once put forward for lingerie casting for a popular retailer as the client wanted a model with a fuller chest. The client knew my measurements, however when I arrived my lingerie size was not there. I had to squeeze myself into size 8 lingerie and of course I would not book the job as the fit was unflattering. I was walking in a fashion show and the designer did not have the right clothes for me. I was embarrassed and the designer had to go back to her studio and pick up larger sizes. As I began to develop my book I reached out to bigger agencies in Scotland and was told on one occasion by a booker: “You do know that we sign girls that are aged 18 and have 34″ hips.” What upset me about this was not the fact I did not have 34″ hips, but the attitude of the industry towards models beyond a 34″ measurement. We are not accepted.

In contrast, the curve industry is much more forward thinking and accepting of ages and sizes. It is common for curve models to start modelling later in life and still have a continued successful career. I am a size 12 and classified as curve; Ashley Graham is a size 16 and is curve; Tess Holliday is a size 22 and is curve. Yet still, this body revolution has not made its way to Scotland. I’ll admit I’ve been lucky and continue to work with amazing, supportive creatives who help me pursue my dreams in modelling. I have built lasting friendships and made many connections. Whenever I bring the issue of size to their attention they agree with me and appreciate what I stand for. Despite this, there is a limit to what can be achieved in Scotland. Whilst this country produces amazing talent, designers, makeup artist and models alike – there are curve models signed with Scottish agencies who all work in London. We have the talent, resources and the change is easy. The change is the dress size and to accept.

I started to think: if I didn’t model, would I have had such an unhealthy view of my body? The answer is no. It doesn’t matter that I am model; we are surrounded by fabricated, unachievable images lacking in diversity, on a daily basis. The call of action is to help change this, help the generation of today and tomorrow appreciate and accept different varieties of beauty. Stop bombarding the media with only thin models. Many projects such as the ‘Straight/Curve Film’ and the ‘All Woman Project’ campaign for body positivity movements and highlight the discrimination against curve models. Models, bloggers and activists, including myself, are using Instagram to highlight this issue. I am not blaming social media for the hatred I had for my body, I am glad that this platform is here as it helped me accept who I am. I’m currently using my Instagram to promote pro-body positivity. I post unedited images and a lot of photographers that I work with hardly do any retouching. I want my Instagram to highlight real issues that exist in the world of modelling and to give a frank, realistic perspective of my life. I aspire to inspire others to feel motivated and love who they are, for who they are. I am curve. Accept me.