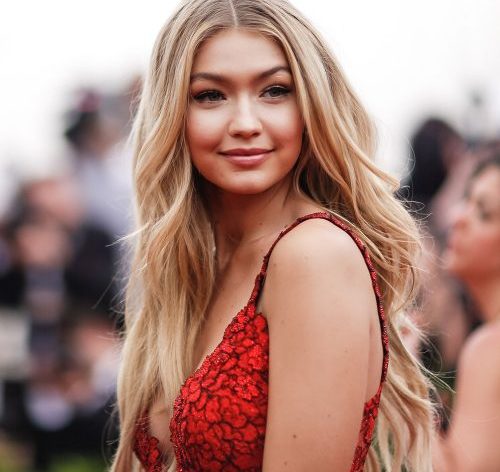 WTF: Gigi Hadid Was Actually Criticized for Defending Herself Against an Attacker
by Natalie Nonken | September 22, 2016 at 2:09 PM

Apparently people don’t think Gigi Hadid has a right to defend herself. According to Marie Claire, while in Milan for fashion week, Gigi was actually physically grabbed and picked up by a man who is believed to be Vitalii Sediuk, known prankster who preys on celebrities. The whole incident was caught on video. Gigi was walking with her sister Bella, minding her own business and pausing for photos as she was surrounded by fans and paparazzi. It appeared she even had a security team with her.

The guy wearing the brown hat tried to sexually assault #GigiHadid and she did defend herself. #BellaHadid is trying to remove the hand of the guy.

When the attacker picked her up, as Bella and a body guard appeared to be trying to help her, Gigi elbowed the man in the face to make him let go. Once he did, she seemed to be beginning to chase him and yell at him, but quickly stopped and got into her car. She asked a man we assume to be a body guard to find the attacker.

Terrifying? We think so. And Gigi did everything right. As a woman, when you are physically attacked by a man in any context, you fight to get out of his grips in any and every way possible. So why in the world is Gigi being criticized for defending herself?! Isn’t that what anyone would do? It is not ok to physically touch anyone without their consent. This includes “fans” grabbing celebrities. We applaud Gigi for doing what any woman has every right to do.