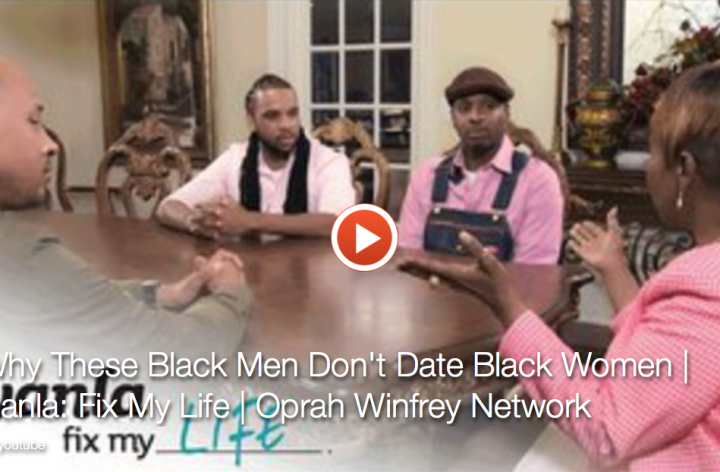 If you’re anything but black, that should also offend you. According to these clowns, I may have an attitude, but any other woman is docile and weak. Lovely.

Bo said, “[Black women] try to force their strong personalities on me, and I’m just like, stay in a woman’s place.” And what place would that be, Bo? Right now, a woman’s place is about to be in the White House. I’m sure he’s losing sleep over this.

Michael remarked that he was a talented musician who has traveled the globe, and when he came back to his neighborhood, black women made him feel weird because he was “different.” Michael, do you think you’re the only black person to have ever played an instrument well and traveled the globe? I won’t start on a list, because God forbid I seem like an intelligent angry black woman who isn’t in her place, but I’ve lived in another country and am currently racking up pins on my globe. Oh, and I sing. So there’s that. Sounds like you didn’t meet the “right” black woman in your neighborhood, but if you’ve traveled, you should know that all black women don’t exist within your 20 block radius. Next.

Koro, dear sweet Koro. This man said, “Black women don’t have any interest in me because I’m a God-fearing man.”

According to Pew, 84% of black women say that religion is important to them and a part of their daily lives., more than any other racial/gender combination. The rest of what you say at that point is rendered completely irrelevant because data.

I would wish these gentlemen well, but that would mean wishing them on a woman who isn’t black. And considering they were disrespectful to them too, I would hope that no woman, regardless of skin color, would put up with this level of nonsense.

Tags: racism
About the Author