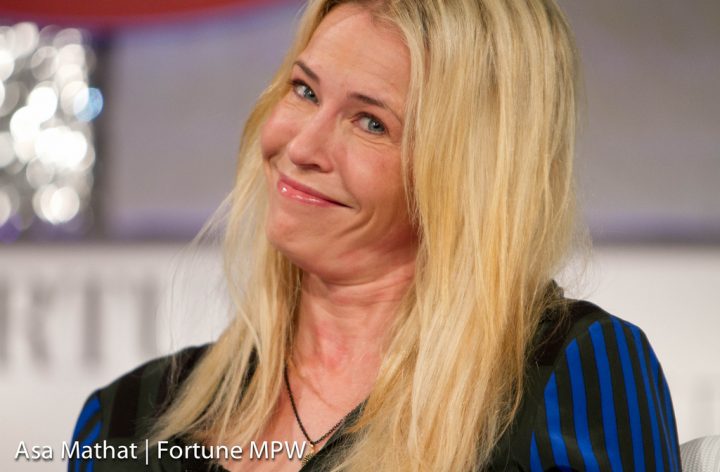 Can Anyone Explain Why Chelsea Handler Has Absolutely No Chill?
by Kirstyn Scott | September 22, 2016 at 9:29 AM

Chelsea, Chelsea, Chelsea. Don’t you know that what you put out in the universe is what you receive sometimes? It’s pretty clear that’s how you and Jennifer Aniston feel about Angelina and Brad, but I’d be careful if I were you.

Chelsea Handler, as per usual, went off on some crazed rant about Brangelina breaking up. We’ve already discussed why it’s ugly to call this separation of two people who obviously cared about the world and each other “karma,” but Chelsea always likes to take it one step too far. And she did. By calling Angelina Jolie, “A f**king lunatic.”

The reason why they have so many kids that speak a variety of different languages is because, I dunno, they give a crap about the world. You donate to causes, Chelsea. Why can’t you understand that they cared about children in impoverished nations and realized that they could do something spectacular with the $555M they’ve earned together in the past 12 years. Sounds a *little* bit like haterade mixed with a semblance of comedy.

People will always find some reason to hate you, even when you do good for the community.

Tags: Angelina Jolie
About the Author