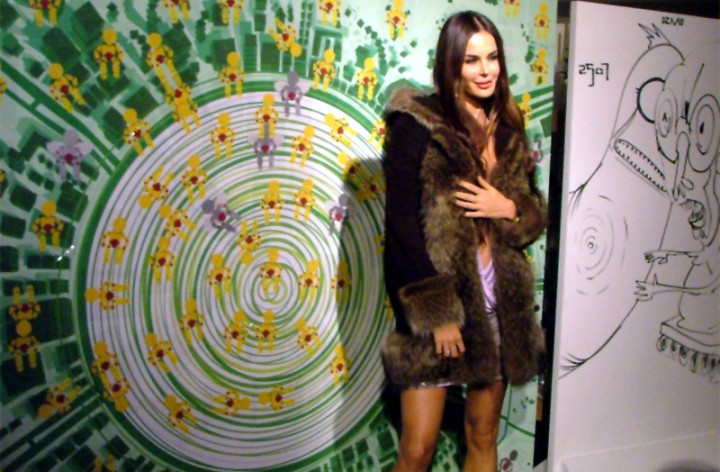 As the Daily Mail reported this weekend, Paola Torrente, the model who was runner up in the Miss Italy pageant, is being body shamed by a cruel internet troll. Torrente is a twenty-two-year-old model who wears a size fourteen. She came in second in the 2016 Miss Italy Pageant, only to quickly be criticized by a bully who claimed Paola was chosen as runner up only to be politically correct, and was “too fat” to be a pageant queen.

Nina Moric, a Croatian model, took to Instagram to rant about Torrente being given the title of runner up only because of “political correctness.” Moric went on to say organizations have been created “to defend people with too much flesh.” She complained, “You have arrived to the point where we chose a Miss Italy who is too fat – and all in the name of sensitivity and acceptance of others.”

News flash, Nina. Body diversity and body acceptance is NATURAL and is everywhere. It’s not a calculated political move, and it’s not a sympathy thing. It’s about damn time beauty pageants feature women of all shapes, sizes, races, heights, etc. That is the direction that the fashion industry and pageant industry are moving in, because that is our reality. Beautiful people come in all shapes and sizes. Healthy people come in all shapes and sizes. Anyone who fights against diversity and thinks diversity is simply a form of sympathy for people with “too much flesh” obviously has so many of her own insecurities that she feels the need to criticize others instead of working on her own self-acceptance.