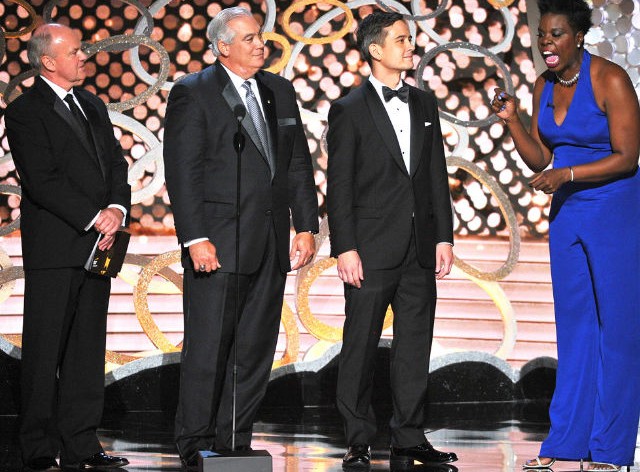 Award shows are pretty much a snooze these days to me because it’s so predictable who the winners are going to be, and usually it really just depends on the year to get a really good mix of celebrities and movies and television shows represented. Luckily, this year’s Emmys happened to be one of the better ones–in part because the red carpet had so much more diversity than it usually does, but mainly because Leslie Jones made light of her Twitter trolls and it was glorious.

You may not think of it that way, but seeing her on stage, making jokes about something that so very publicly happened to her, that could have potentially destroyed her image and her emotions, but instead has only made her stronger, and her fame even more credible than before is just incredible. During her skit she said, “Thank you so much Ernst & Young,” Jones said onstage, adding, “I don’t know who this third dude is, but I really appreciate all of the hard work you do.” She continued, “But let’s be real. Y’all protected something that no one is trying to steal. Don’t nobody want to know about boring Emmys’ secrets. But since you good at keeping things safe I got a job for you: My Twitter account!”

She went on to say, “Y’all using your skills to protect best voiceover on a French sitcom. Meanwhile I’m butt naked on CNN,” Jones said, referring to the private photos that were leaked after her website was hacked. “I just wanted to feel beautiful y’all. Can a sister feel beautiful?”

Yas Queen! Call out those haters and look gorgeous while doing it!

Just wanted to feel beautiful!! Love my girl Leslie on stage tonight in custom Siriano at the #emmys2016 @Lesdoggg pic.twitter.com/n4beJ69G8y