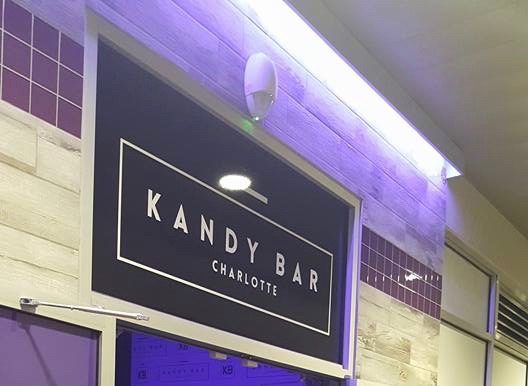 Enter a story we were super bummed to hear about buzzing across social media. Ashley Ellis Sisco and her friends were trying to get into the Kandy Bar in Charlotte, NC. From the photos and video, it’s pretty clear that they looked really good that night (props on those outfits), and had a squad of girls with them.

If any of you have ever been club-hopping, you know not to go with a ton of your guy friends because they basically want a bunch of attractive girls to entice men to buy alcohol. That’s an entirely different annoying topic, but it’s also reality.

So, Ashley and her friends were having fun that night, excited to go into the club, and they were told no. Not because there wasn’t enough room. Not even because they weren’t dressed properly. They were told that they didn’t have membership at the Kandy Bar, so they couldn’t come in.

When you look at the Kandy Bar’s website, there is absolutely nothing about being a member. There’s a section about VIP questions, but that’s about it. Standard dance club stuff.

Come see at @kandybar_charlotte tonight for our Sold Out Saturday’s 💜🍾 message me for the guest list for free entry until 11:30pm

Why were Ashley and her friends told no? There are people of color who have been to the Kandy Bar, as evidenced by the photos on IG. But she and her friends had a point. It was weird that they were cited with some nonsense reason. This only got worse after Ashley and friends asked the group of white women behind them who all politely replied that they didn’t have membership to this club either.

Yet, they were let in. And so was everyone else behind them who was white. Every black person after Ashley’s group was asked to leave the line, including one black man who tried to get in with his white friends.

I treat racism like the boy who cried wolf. I don’t want people constantly calling things racism that aren’t, because it loses it’s power when that happens.

But this seems pretty clear.