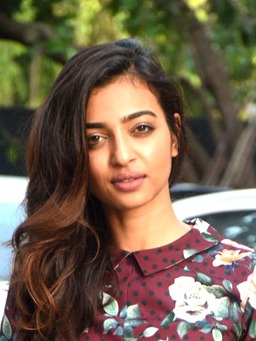 Radhika Apte Talks Female Nudity and Says We are More than Just Sexual
by Natalie Nonken | September 12, 2016 at 11:30 AM

Actress Radhika Apte recently spoke with The News Minute about her new film “Parched.” Apte was asked about her sex scenes in the movie and the way in which people have objectified her in those scenes. Apte said, “You cannot control gaze… how someone chooses to view your body once it’s out in a public space. Even if you are completely clothed there will be a gaze. I really don’t think a female body should be such a huge issue. Either you respect it, or you don’t. You can’t pretend to respect a body. Clothes and nudity have nothing to do with male gaze.”

She was also asked about the need to normalize seeing the female body. The actress said, “A female body is not just sexual.” She pointed out that we live in a world and a mentality where we are often reduced to just our bodies, and that those who objectify or sexualize us tend to be insecure themselves. Apte explained that “this is a trap men are prone to too, not just women.” She said, “Most of the men who promote videos like these in their gaze are actually very self-conscious themselves. It’s not about male or female, it’s about body.”

Radhika Apte makes an important point about objectification and sexualization. She emphasizes the fact we live in a world where “it’s about body.” That is what we are meant to see when we see nudity. We are supposed to see the body, and usually we are supposed to sexualize the body. We are trained not to look beyond a person’s body, especially when that person happens to be naked. It’s no wonder that bullying such as body shaming and objectification flood internet comments immediately after a woman does a nude scene in a film.

Just because a person is naked does not give anyone permission to see that person as just a body. And it does not give you a free pass to sexualize her, criticize her body, or view her as an object. She is still a living breathing person with much more to her than a body. We all are, and it’s time we see past the flesh and bones and have more respect for the person inside.