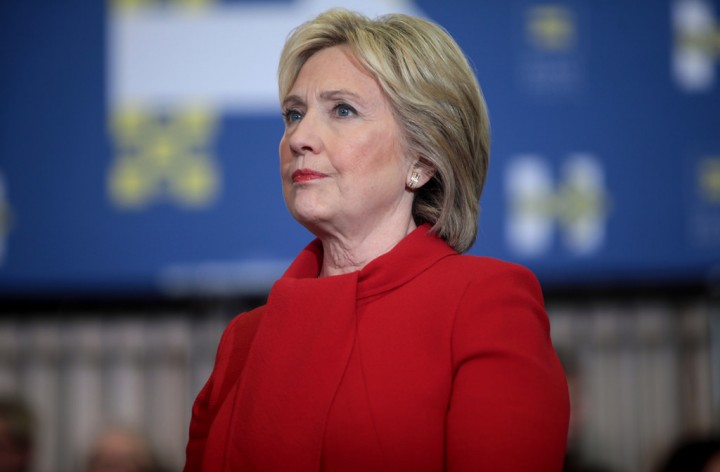 It Seriously Does Not Matter That Hillary Clinton Felt Sick
by Kirstyn Scott | September 12, 2016 at 8:30 AM

Honestly, this is one of the dumbest portions of an incredibly stupid election cycle thus far. People are questioning whether or not Hillary Clinton is fit to lead because she felt sick. Pardon me while I simultaneously pour a very hot cup of tea and a glass of wine to attempt to deal with the nonsense.

She’s a person. You’re a person. Have you ever felt sick? Well, she did yesterday, and guess what? That has NOTHING to do with her capability to lead. You are totally entitled to dislike her politics, but this is seriously stupid.

Idk if you were in New York on the 11th, but I was. And it was hot. Like, I was sweating in a linen dress kind of hot. Pantsuit + sad day + heat + reported pneumonia = the possibility of feeling a bit shaky and overheated.

I had no idea that a large portion of the country had medical degrees and the total comfortability to diagnose Clinton without ever seeing a medical record or her in person. They must be geniuses.

Consider this editor annoyed at the poorly constructed attempt to make a woman unfit to lead because of menopause, estrogen, and having a vagina. Shocker, right?

We wish Hillary a speedy recovery, and the world a bit more creativity. You guys will have to do better than overheating to make her an unfit president.