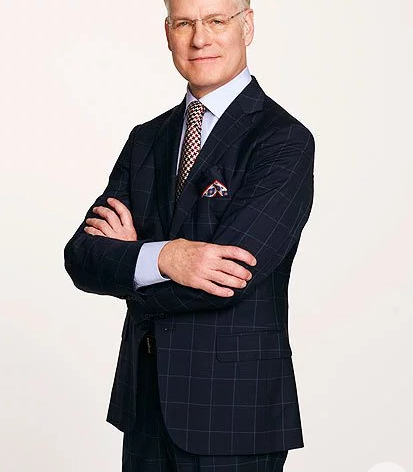 Tim Gunn, respected fashion critic and frequent Project Runway co-host, wrote a piece in the Washington Post today that was so honest and true about designers lack of inclusivity, that I couldn’t believe it. This is a big deal for so many reasons, but for starters because the only way that things are going to change in fashion is for people to be called out. While I would like to have a sit down, and prefer for people to listen to women, and see what life is really like outside the fashion bubble, I also know that that is nearly impossible for most designers and industry insiders. This is also a big deal because Tim is a lover of fashion, more specifically high fashion and knows his shit. So for him to say that enough’s enough, proves that things are really moving in the right direction.

Found out I have a mere ten minutes to clean the workroom for the designers' next @ProjectRunway challenge. Really?

In the beginning of the article he references a time when he used to host and style the Liz Claiborne shows, and women who were over a size 12 would always come up to him and ask him what they could get, and why designers ignored them. ““I love the American fashion industry, but it has a lot of problems, and one of them is the baffling way it has turned its back on plus-size women. It’s a puzzling conundrum.” He’s even tried to ask designers why they don’t cater to real women’s sizes, and continuously gets the response that they don’t want curvy women wearing their clothes, and that they won’t look the way the designer imagined.

“They say the plus-size woman is complicated, different and difficult, that no two size 16s are alike. Some haven’t bothered to hide their contempt.” And by some he means Chanel and Fendi’s Karl Lagerfeld who famously said “curvy women should stay off the catwalk.”

He ends by saying, “I profoundly believe that women of every size can look good. But they must be given choices. Separates — tops, bottoms — rather than single items like dresses or jumpsuits always work best for the purpose of fit. Larger women look great in clothes skimming the body, rather than hugging or cascading. There’s an art to doing this. Designers, make it work.” Couldn’t have said it better myself.