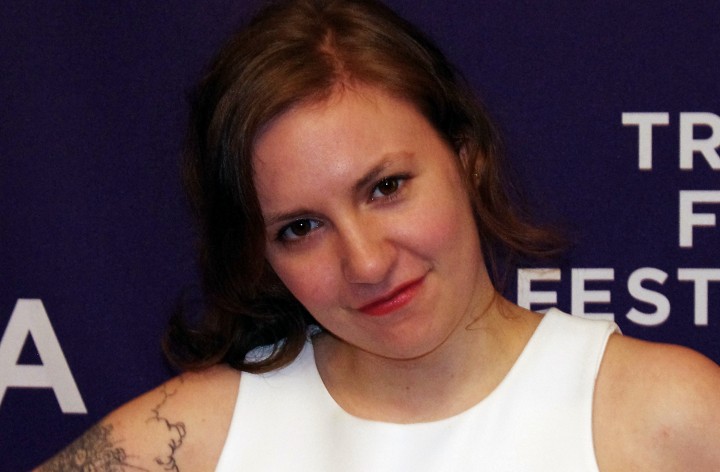 How Lovely, Lena Dunham and Amy Schumer Only Thought of Themselves and Not of Sexual Assault Victims
by Kirstyn Scott | September 8, 2016 at 9:31 AM

I’m not the biggest Lena or Amy fan, but their recent interview seemed to take their Millennial-esque self-obsession from bad to worse. Since when do we not have to answer for the people with whom we associate and WHEN was it is okay to allow rape jokes just because you’re okay with it?!

Sure, these ladies have done some good for women in the media (see the very cool unphotoshopped photos). However, I’m 100% convinced that some of the things that come out of the two of their mouths are shining examples of why people think Millennials are lazy, self-absorbed, and all-around jerks. Heads up, we’re not.

But honestly, ladies. How is it that the two of you get to decide the threshold for what women can and can’t take? In the recent Lenny interview Dunham had with Schumer, they got to talk about Kurt Metzger. He’s a previous writer on Amy’s shows and said some pretty horrible things about women and rape online. Both Lena and Amy seemed completely oblivious as to why that’s problematic. 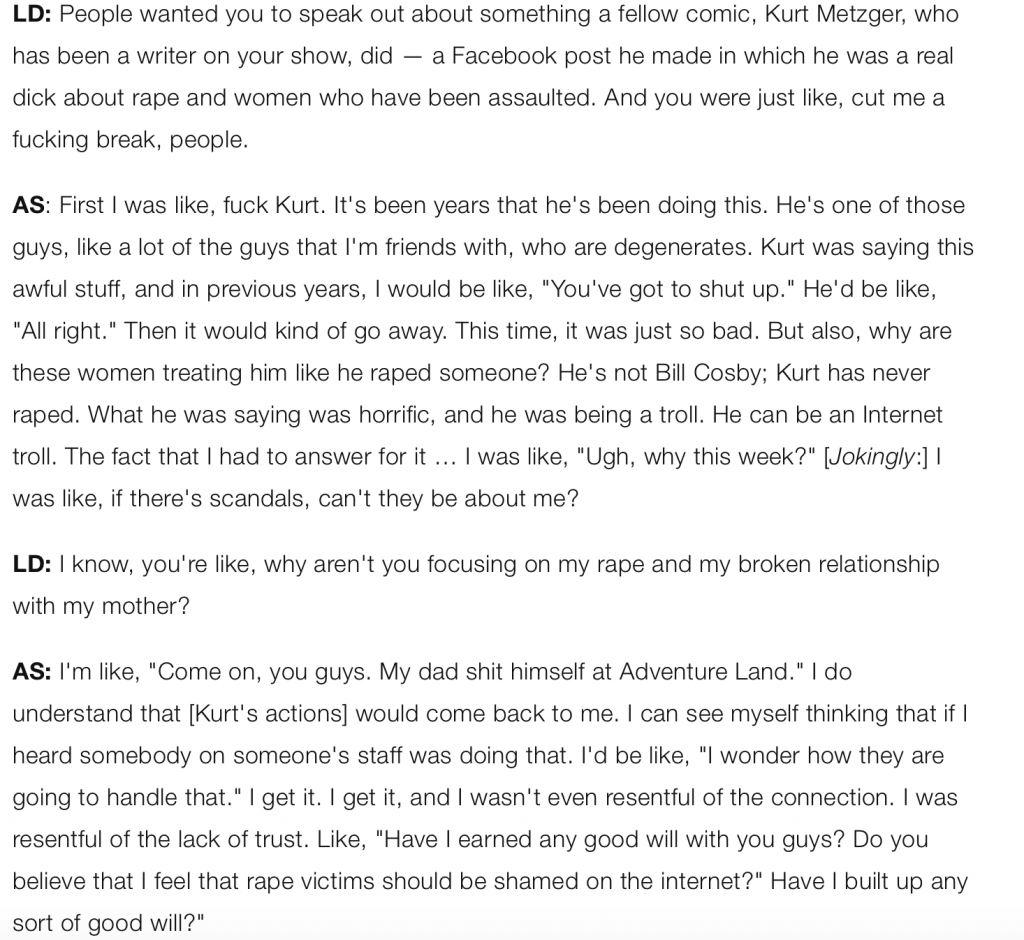 (As Seen on Lenny)

Amy, yes, you have built up some good will with some people, but that doesn’t mean that people just get excused for hanging out with people who are purposefully disrespecting women. Really?

Also, that “He’s not Bill Cosby,” line doesn’t work. If you knew, I dunno, anything about rape culture and how it works, you’d know that people who perpetuate rape jokes are almost as bad as people who commit the actual act. Men like Metzger make it okay for rape to be joked about. That makes people not take it seriously. And that is hella problematic. When you associate people who perpetuate that standard, you’re part of the problem.

As if it couldn’t get any more annoying, Dunham directly continues with this line: 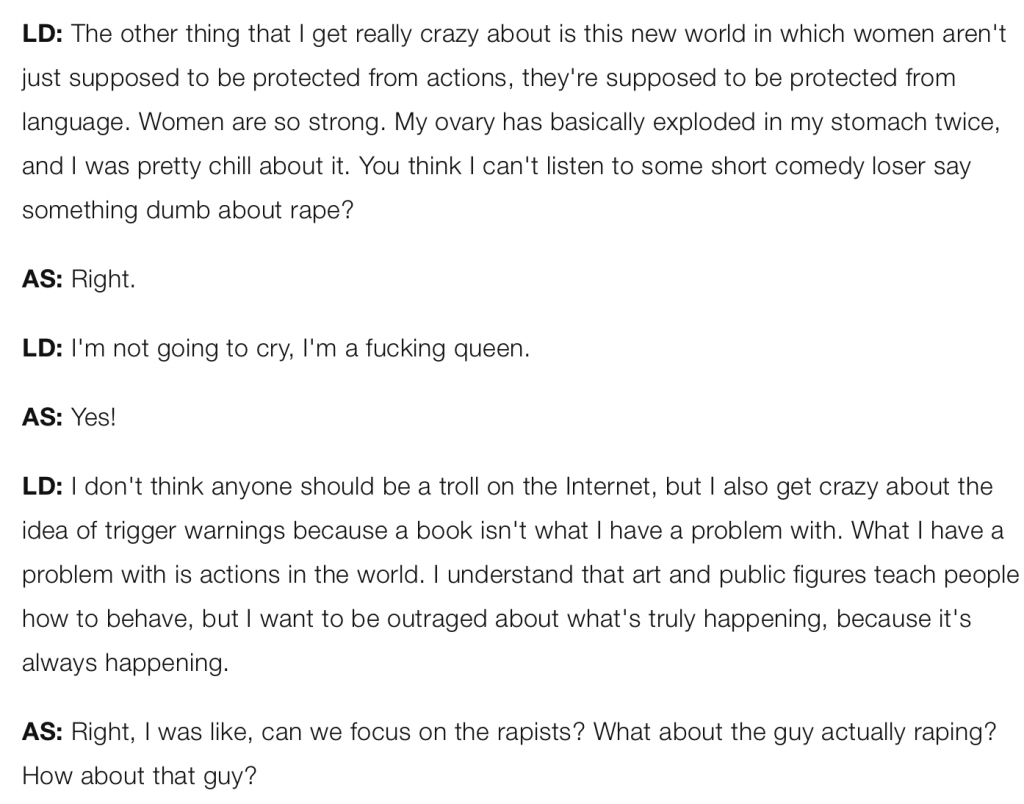 (As Seen on Lenny)

It’s kinda like these two people had gigantic feminist brain bleeds at the same time. Language is SO, SO important.

How we discuss topics frames them and how people understand them. We can’t get people to understand where women are coming from if we don’t use the right words to discuss the topics that negatively affect them. One would think that Dunham would understand this since she’s literally created an online magazine…but that’s fine.

Also, Lena, just because YOU had a bursted ovary doesn’t mean that SHE has to be okay with hearing about rape. Do you get that? Like, the world actually doesn’t revolve around you.

If you are okay with hearing men joke about rape, that’s on you. But other women aren’t, and that’s okay too. If you claim to be a feminist who is fighting for a safer world for all women, doesn’t that include the ones who don’t feel the same way that you do? Just a thought. Mull on that, and get back to me.

Part of me is happy that I read this interview because we need to be informed about how other people think. Diversity in your sources is totally important.

The other part of me just has a headache that only a bottle full of naproxen could cure because, wow, these women really just don’t get it.

To quote one of the brilliant Jezebel readers who shared this on Facebook, “Both of their severe lack of self-awareness is astounding to me. This interview is basically a bad Tinder coffee date between hungover Millennials who can’t stop talking over each other.”