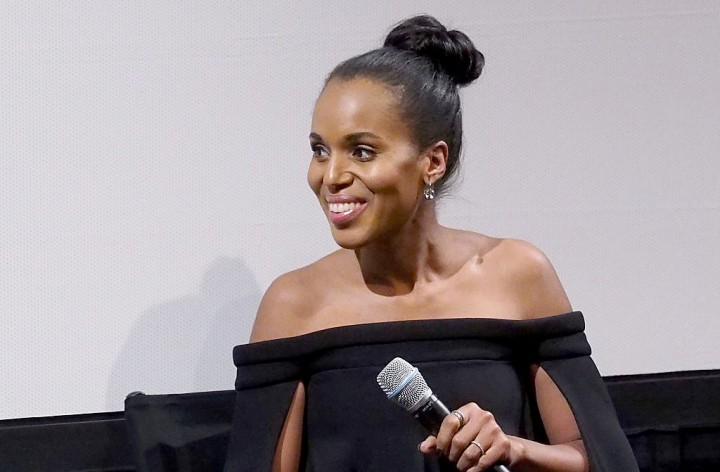 Celebrities are pressured to lose “baby weight” from the instant they give birth. In fact, many are questioned about their post-baby body plans from before their pregnancies are even over. Magazine covers are filled with “How I Got My Body Back” stories. Women are praised for leaving no traces of evidence that their bodies carried little humans for nine months. This obsession with celebrities’ post-pregnancy weight loss only fuels insecurities for all women, particularly those who have experienced or are currently experiencing pregnancy. There are, however, a few celebs who go against the grain and are vocal about their lack of desire to conform the the post-baby body obsession.

There is no shame in gaining weight during pregnancy (or ever). There is no shame if it takes longer than you think it will to lose the weight (if you want to lose it at all). There is no shame in finally breaking down and making your own jean shorts because last summer’s are just too dang short for this summer’s thighs. Bodies change. Bodies grow. Bodies shrink. It’s all love (don’t let anyone tell you otherwise.) Peace xx #noshame #lovewhatyouhavebeengiven

The actress took to Instagram to speak out about the post-baby pressure. Hathaway said, “There is no shame in gaining weight during pregnancy (or ever). There is no shame if it takes longer than you think it will to lose the weight (if you want to lose it all).” She explained that “bodies change,” and encouraged #noshame in the natural changes that occur.

Adams told Parade that pregnancy brought her focus to her true relationship with her body, and what it was really there for, saying “it wasn’t put on this earth to look good in a swimsuit.” She says that pregnancy has instilled that body love mentality in her for good.

A photo posted by Jennifer Garner Online (@jennifergarneronline) on Aug 30, 2016 at 4:15pm PDT

On the Ellen Degeneres Show, Garner discussed her “bump” that she says she still has after having three children. She said, “From now on, ladies, I will have a bump, and it will be my baby bump. It’s not going anywhere. Its name is Violet, Sam, and Sera.” Key phrase? “It’s not going anywhere,” and she is proud of it!

The Scandal star told Self that, when her manager made a comment about her beginning to look like she did pre-baby, she wasn’t ecstatic the way women are expected to be. Washington had a discussion with her manager where she explained that, in her mind, that mentality seemed to promote “going backward in life.” She said, “I’ve been really focused on not being ‘back’ to anything, but being the best version of myself right now.” We love that. If your are trying to go back to a past version of your body, then you are living in the past, which is generally not a positive mentality.