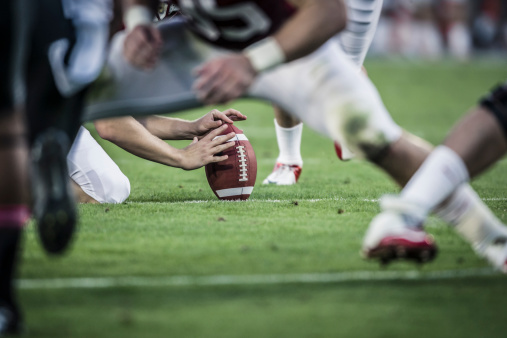 Why Are We Talking About Colin Kaepernick’s Weight Loss?
by Natalie Nonken | September 1, 2016 at 2:00 PM

NFL player Colin Kaepernick has recently lost a lot of weight, according to reports. He had three surgeries during this offseason, which some speculate to be the reason for his weight loss. While Kaepernick’s status in the NFL has been up for debate for multiple reasons lately, talk of his weight has been all over the media. According to CSN, Kaepernick told reporters that he has been eating vegan for about nine months, but that this change in his diet had no effect on his weight.

All these so-called “Proud America’s” want is for these athletes to shut up, smile, play ball and make it rain. See, ignorant people can shut off the news in front of their kids and act like the rest of the world isn’t protesting, but #sports are a family function. And now when you log onto social media, watch Sports Center or Good Morning America (lol) etc, and your 8, 9, 10 year old kids who are looking up to their sports idols ask “Mommy/Daddy what does this mean?”- you have to explain it. And it makes everyone in the room feel UNCOMFORTABLE. And it should. That is the point!! All people of ALL RACES should feel UNCOMFORTABLE with TOTALITARIANISM. This is a democracy right?? FREEDOM” is the power and right to act, speak or think without hindrance or restraint. “PROTEST” is the action of expressing disapproval of something. Both of which are very much American. It is our RIGHT to question the Government, Police, and any other authority. In fact, it is our DUTY to question everything. And doing so shouldn’t result in any backlash… Peace to you Colin… @hushmoney_preme #HushMoneyClothing #Shhh #ColinKaepernick #NFL #SportCenter #FirstTake #Espn #News #Police #Government #TakingASeat #StandFirm #WeGotYourBack #Support #America #blacklivesmatter #AllLivesMatter #Justice #Freedom #Anwers #History #information #QuoteOfTheDay #WiseWords #Bestoftheday #Mindset #ArtOfWar #Mentality #Flag

Regardless of Kaepernick’s status in the NFL, the discussion and criticism of his weight, and the fact that it factors into threats of him losing his job, proves that athletes’ weight is obsessed over in the way that models’ weight is constantly scrutinized in their careers. The concept of your body mass having direct effect on whether or not you keep your job is shocking and depressing to those of us who have never had such a career. In modeling, weight is examined due to the sizes that brands want in their advertisements. In sports, weight is examined as a potential factor in an athlete’s ability to perform at her or his best.

How much is weight truly connected to a player’s abilities and skills? It seems a bit unfair that Kaepernick’s weight is being brought up in discussions of whether or not he still has his job. Shouldn’t an athlete be given a chance to show his talents and skills before it is assumed that his weight loss has affected those abilities? If a player has had multiple surgeries as a result of the harm a sport has done to her or his body, why should the body changes that have come along with those surgeries be so harshly criticized? Even if his performance as a player hasn’t been up to NFL standards recently, Kaepernick deserves a chance to recover and prove his abilities, without his weight being scrutinized by the league or the public. Weight changes are natural, athlete or not, and they do not necessarily have an effect on a person’s ability to do her or his job, even when the jobs requires certain physical abilities.