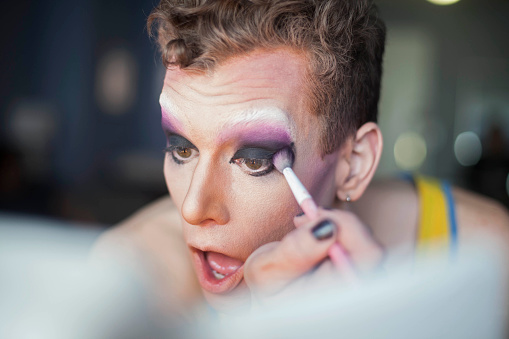 Jaden Smith talked to Variety about his fashion line, which is all about gender neutral fashion.  Smith described his clothing to Variety as being for “the girl that wants to be a tomboy or the boy that wants to wear a skirt, and people try to condemn. We’re here for you. Tell us your stories. If someone at your school’s trying to pick on you, it doesn’t matter because Jaden Smith’s got your back.”

Gender neutral fashion is an important part of breaking gender stereotypes and creating a culture of acceptance from women, men, and those who do not identify as either. Feeling comfortable in one’s own gender identity is necessary for self-esteem and body acceptance.

Smith is not the only celebrity who has recently been breaking gender norms. Here are a few of our favorite celebs breaking the binary.

Rose has risen to fame with her role on Orange is the New Black. She describes herself has “gender fluid” and “gender neutral.” Her style is neither traditionally feminine nor traditionally masculine.

Comedian Izzard identifies as transvestite and wears “feminine” clothing, high heels, and makeup. He sometimes refers to himself as transgender but primarily doesn’t feel the need to identify as either gender.

Cyrus describes herself as gender-fluid and dresses in clothing that is not traditionally feminine. She is also an advocate for LGBT rights and encourages members of the community to share their stories on Instagram with #InstaPride.

Gaga has been known to make shocking fashion choices. She has also dressed in drag as an alter-ego, Jo Calderone. In addition, Gaga dressed as David Bowie for a tribute at the Grammy awards this year.