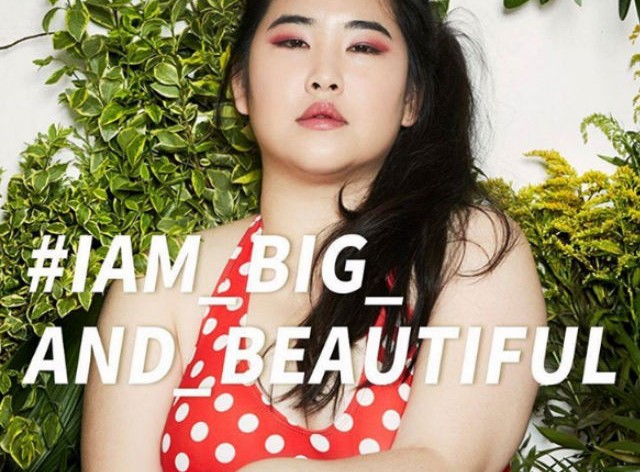 While the body standards here in the U.S. are crazy and extremely limiting to women, I often find that reading the stories of other women overseas makes me feel even more grateful because of the pressure that women have to deal with because of their misogynistic culture. Model Vivian Geeyang Kim is someone who continuously inspires me, and challenges me to think outside the box of what we can do as a curve community.

In a recent article with Yahoo, Kim talked about being described as “too skinny” for curve fashion shows, but too big for high fashion shows, making her feel like she had no place to fit in. In South Korea, she is ridiculed for her weight since the ideal look in her homeland is to be extremely pale and thin. While South Korea is known for its K-pop groups and actresses, it’s also known for having starlets on strict diets and workout plans to keep their image a certain way. “In South Korea, the ideal weight for women is 50 kilograms, and many women who weigh more than that think they are fat. That is a ridiculous, impossible standard that cripples many South Korean women’s self-esteem. And that has to change.”

And in an effort to help women who aren’t sample sized in South Korea, Kim has continued to stock her online store so that women will have cute clothes to wear and not feel bad about themselves. Just the expectation that because a woman is not sample-sized, that she should be ashamed is astonishing to me! However, it’s all too common in so many cultures. I don’t know if I’ll ever get the chance to meet Vivian Geeyang Kim, but if I ever do I would tell her how brave she is and how thankful I am for women like her taking a stand.