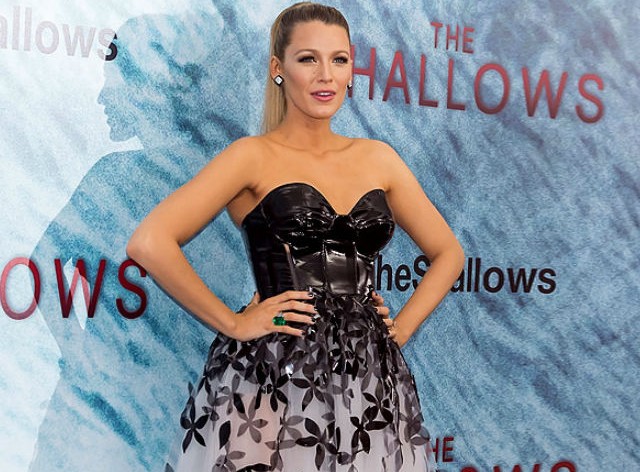 Blake Lively has always been one of those oddly-perfect celebrities to me. She has great long hair, clear skin, overall put together look (even if it is a bit predictable), but she looks effortlessly chic no matter what – which is all any woman wants without trying so hard to do so. After having her first baby, she signed up to do a movie called Shallows, which would require her to be a bikini for basically the entire movie, since she plays a surfer who gets stuck in shark waters.

Eight months after she had her baby she was filming, and while I agree that it would be terrifying to be basically naked filming a movie, let alone months after you’ve had a child, it makes me really disappointed that a lot of her conversations about the movie have not been about her character, but the miracle of her losing the weight and looking a certain way. I’m not here to judge, and everyone has their own version of body positivity, but the pressure to ‘snap back’ and look a certain way after having a baby, especially in Hollywood sounds utterly ridiculous and miserable.

In a recent interview with People she said, “You don’t want to be the person in the magazines that they are saying ‘ugh, look at her’ rather than ‘wow, look at her’. And that’s a shame because there shouldn’t be that negative ‘ugh’ after someone has a baby. Your body is so beautiful. You couldn’t walk a Victoria’s Secret runway, but it’s beautiful in a completely different and incredible way and I do wish I had the bravery to go out there and represent women as they actually look.”