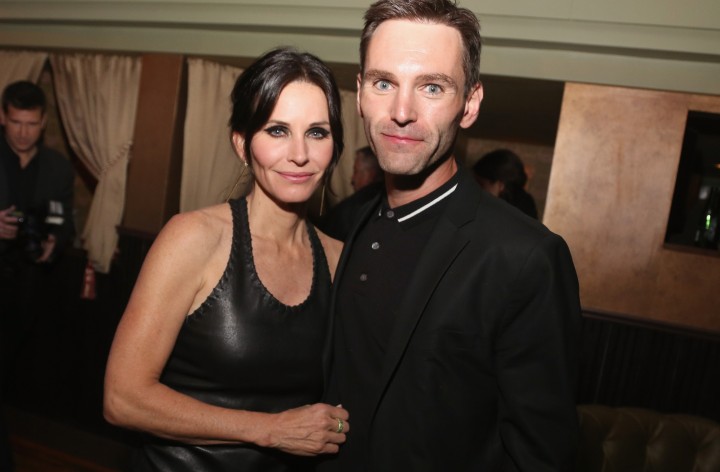 Courteney Cox Gave the World the Model Attitude for Aging
by Stephanie Jade Wong | August 26, 2016 at 9:45 AM

We spend so much time trying to look younger or hide our age. But what happens in the end? We get older anyway. We age no matter what. So what’s the big deal and why’s there so much pressure to look young?

Actress Courteney Cox spoke out about looking youthful in Hollywood and that pressure when you’re a woman in the business.

As we age, we have a different set of difficulties to worry about. Not only do we have more responsibilities, but our bodies change. We live in a culture where we value youth because youth represents longevity.

We look to the younger generation to be the good change we need in the world. Younger people are seen as more active and have their whole lives ahead of them. They have years of mistakes to make and goals to achieve. It’s true that the older you get the wiser you becomes, but unlike some other places outside of this country, we mainly see getting older as a sad part of life.

But we hear about aging and may not really think much of it. Have you ever had conversations about how old someone looks? Usually it’s about how someone looks so young for their age or old for their age.
“I think she’s about 30-something, yeah?”
“No, she’s actually 52.”

Or perhaps a more relatable example is when you keep getting carded or stop getting carded. I’ll sometimes hear girls talk about how they constantly get carded at bars because “they look like they’re in high school still.”

On the opposite end of that spectrum, you hear about people who just don’t get carded anymore. My mom, aunt and I were walking into a casino, but only my aunt and I got carded. After we entered, my mom wondered why they didn’t card her. “Weelll…” What exactly was I supposed to say? You look old?

Either way, we’re often talking about age without knowing it. It’s time to stop seeing aging as a bad thing.

Cox said her new motto is, “Just let it be.”

Everyone will get old eventually, and age is just a number. So if we’re all going to age, why on “just let it be?”

No matter what industry you’re in, aging will play a certain part. I’ve met someone who switched her daughter out of one teacher’s class into another, because the original teacher her daughter was assigned to was brand new and pretty young, or she looked young at least. I’ve also heard customers say they’d want to speak to an older car sales person instead of a younger one because they felt an older employee was more knowledgable.

On the opposite end of that spectrum, you see the want for young actors and actresses in films. You also see the desire to hire young talent fresh from graduating school in jobs such as social media.

There are enough beauty products, treatments and types of surgeries out there that will make you look as young as you like. Your skin can be taught and supple, your wrinkles can disappear and your fine lines can be blurred away. There should be no shame in spending your money on any of this. We do what we do because it makes us happy. But if you’re trying to look young for someone else, maybe reconsider your real reasons behind it and if it’s worth it or not.

Once we accept that we’re aging, I think we’ll become more happy with our lives.

Tags: Skincare
About the Author