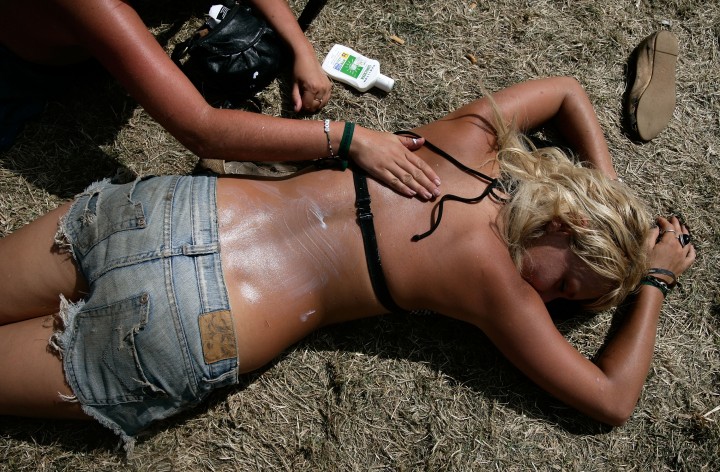 Sunscreen has a distinct smell to it most of the time, and it’s not normally a refreshing or sought-after one. So if you had the chance, would you choose to wear sunscreen that could make you smell like fried chicken?

Thanks to KFC, now you can have a bottle of their Extra Crispy Sunscreen.

Well, perhaps not. Their limited quantities seem to have gone fast. (But really, WHY?!) Sunscreen is good for your skin and fried chicken is delicious, but mixing the two? Nope.

At first glance, this looked pretty fake. The “Real!” and “Free!” comments just made me wonder if it was an actual thing. I guess it’s just crazy enough to be both real and free. Because honestly, how much would you pay for this product if you saw it on the shelf at the store?

But do you REALLY smelled like fried chicken? Sunscreen is thick. I can imagine you smelling like plastic, but chicken? I’m skeptical.

If laying down and enjoying your brand new chicken-scented sunscreen from @kfc is wrong, then I don’t wanna be right pic.twitter.com/SYeFuiiwCE

If that doesn’t weird you out, have you seen their advertisement video or testimonial photos for it?

I know their claim is that your chicken should be crispy in the summer, not your skin, however look at the skin on the people here! They all just look so tan. Not even tan, they’re all very bronzed and orangey. I’m not quite sure what they’re getting at but it’s kind of odd.

Although it may be too late to grab your own bottle, you better find a friend who got their hands on one so you can smell that thing and let me know if it really smells like chicken.

Tags: Skincare, Summer
About the Author