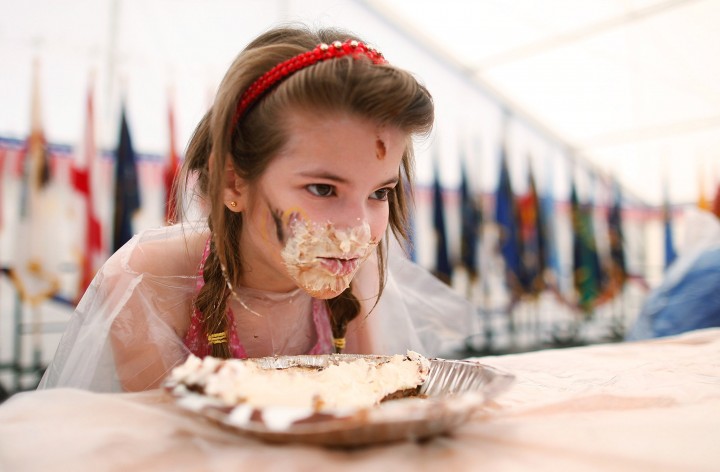 Fat can come from a lot of different things in life, but would you ever blame the government for your weight? A mother does.

Liz Thomson, a mother of an 11-year-old girl, said she wanted more government support for those who have obese children.

Many disagreed with Thomson’s opinions when she went on British TV program, This Morning to talk about how she didn’t think a sugar tax would help her daughter Holly, who’s fat.

Thomson said she sent her daughter to a camp to try to lose weight, and also said Holly’s continuous snacking is making her gain more weight.

So who’s responsible? Well Thomson thinks the government is for not helping “obese” children. But Holly thinks it’s her mom’s fault that she’s fat.

Hello?! There’s your first problem: A child thinks her mother made her fat.

Sure, a mom gives birth to a child, but that doesn’t mean the child is going to be fat, even if the mother is fat. Are we not educating our children enough about wellness?

OK so maybe Holly just had no idea why she was fat. I don’t blame her, no one talks about fat enough besides the “obesity epidemic.” But it’s about time we let our children know about fat and the body.

Thomson claims her child snacks on food and doesn’t know when to stop eating. Well then shouldn’t she or someone teach the girl about the ties between exercise, food portions and weight loss?

I see where Thomson is coming from. If you can’t get an idea across to your kid, it’s difficult to really get any changes to happen. So if she can’t do it, she’s probably now looking to the government for help. (Because sometimes, doctors aren’t always that helpful when it comes to fat people).

No matter how it’s done, it’s true that we don’t see our weight in a positive light. This can be especially harmful for children who struggle with accepting their bodies at a young age. Or maybe it’s as simple as, “she’s too young to understand.” It’s a phrase used too often but is true. Sometimes you can’t help someone unless they learn how to help themselves.