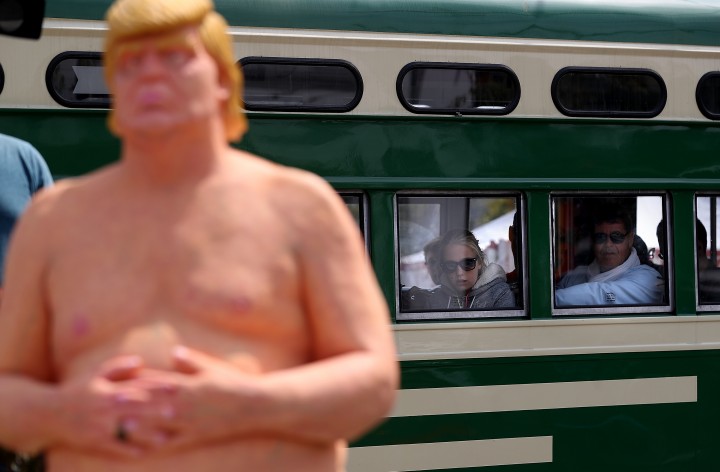 The nude Trump statues are old news by now, but it seems that we’re not really done talking about them just yet.

Actress Amber Tamblyn took to social media to speak out about those who are body shaming Trump. Or his nude statues.

Body shaming is never OK. But it’s something many people do. Whether you’re shaming your own body or someone else’s, it’s just not healthy.

It’s one thing to disagree with Trump’s actions or where he stands in his politics. But to body shame the man? That’s another.

This isn’t to say that Donald Trump hasn’t said awful things about women, minorities, and a lot of the communities we represent, but how can we consider ourselves body positive if we are making fun of someone else’s body?

What if nude Hillary Clinton statues popped up in various cities all over the U.S.?

Body shaming is making fun of someone. Making fun is bullying someone. Bullying someone is a form of harassment. Harassment is wrong. So just don’t do it. Easier said than done, right?

Donald Trump has said some pretty inflammatory stuff, but he doesn’t deserve to be called out for his weight. Call someone out on their beliefs, not how they look.

Tags: Donald Trump
About the Author