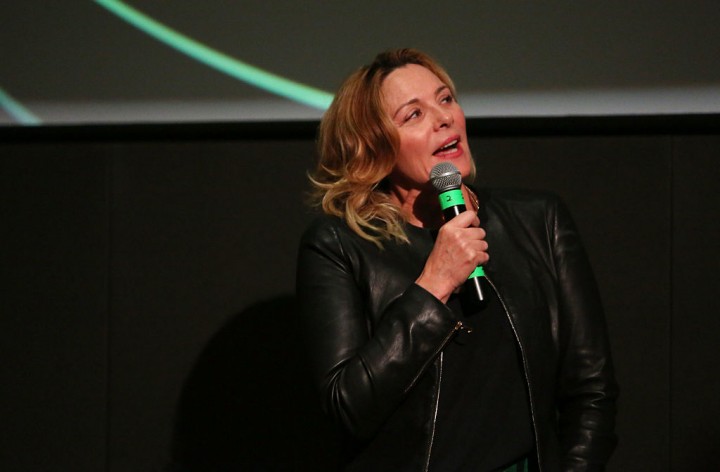 We talk a lot about disparities in the empowerment of women on the Runway Riot, but recently, we’ve talked quite a bit about age. Despite older women often getting the short end of the stick in the US, Kim Cattrall totally defied the ageism BS in a pretty quiet way. Shout out to my mom for bringing this to my attention!

So this analysis takes some math, but hang in there with me. The infamous Carrie Bradshaw/fashion icon forever/flighty romantic/wife of the Music Man, Sarah Jessica Parker wished her Sex and the City sister a happy 60th birthday on IG. Evidence below.

Now, it doesn’t really feel like 10 years since the first SATC movie when they wished the ever-sexual Samantha a happy 50th birthday. Maybe that’s because most of us were def somewhere between high school and college…but it actually wasn’t.

It came out in 2008, which means Cattrall was two full years off from being 50. That may not seem like a lot to us now, but the older women I spoke to said that’s everything. The older you get, the more you want time to slow down.

Wrinkles, people calling you “ma’am,” and general ageist nonsense starts for women the moment they figure out you aren’t miss anymore. The fact that Cattrall allowed herself to be aged for a movie, particularly as a Hollywood actress is actually really empowering.

And honestly, can we expect less from someone as female fierce as Samantha? Props to you, Kim. Happy birthday, and we hope every moment you have is more magical than the last.

Tags: Feminism
About the Author