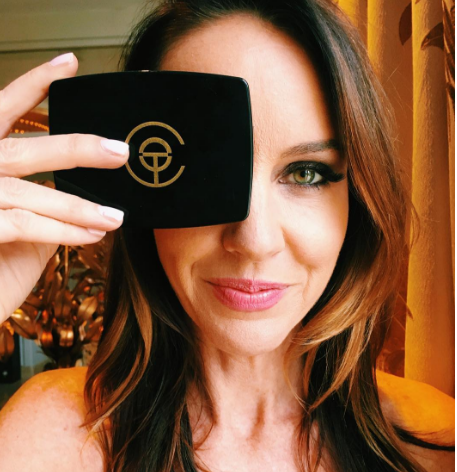 I don’t normally jump at the idea of wearing false eyelashes, but magnetic falsies that adhere without glue? I’d try them.

First, you’re not putting a refrigerator magnet against your eyelid. According to an Allure article, how these magical things work is that you get two half-lash strips for each eye. They stick together around your real lashes and voila! (And to get them off, you just slide the falsie lash sandwich off your real lash and that’s it).

I’m sorry, false lashes seriously cling to your real ones with NO GLUE?!

Be bold. Be fierce. Be you. | #OneTwoLash CEO and Founder @katy.stoka in Bold Magnetic Lashes

I admire people who wear false eyelashes on a daily basis. I can’t even apply them properly. The glue is so messy. It’s fine once I get it on the lash strip, but putting that against my lashes? Ha! I end up with glue all over my lashes and lid.

By the time I get the thing to stick to me, it dries but either doesn’t attach properly because I wiggled it around so much in the first place, or it’s uneven. To me, real lashes are better than the crooked falsies I’d end up with if I put them on myself. So the idea of wearing false lashes that don’t require glue is fascinating.

But are these new false lashes worth it? These One Two lashes start at $59. I’m thinking no. But hey, if it works for your lifestyle, you do you.

I have a really hard time justifying false lashes of any kind. I wear glasses every day, so if falsies are going to happen, they’ve got to be ones in a “natural” style because those tend to be the shortest. Nobody wants their eyelashes to be fluttering against their lenses like dark windshield wipers.

Do these magnetic falsies come in single lashes? I actually have a much harder time putting those on instead of the typical lash strips, but if there’s no glue, maybe it’d be easier. Either way, fake eyelashes that cost more than $5 just won’t do it for me.

Tags: Beauty, Makeup
About the Author