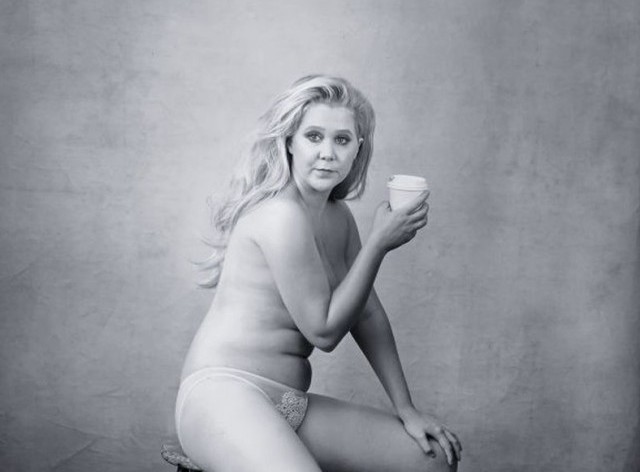 In her new collection of essays, Schumer gives readers an inside look to what her road to fame has been. And while we’ve been able to witness brands pony her out as ‘the curve face’ and one of the few women in Hollywood who isn’t on a crazy crash diet to try to fit into sample sized clothing, all of these kinds of conversations in my opinion continue to belittle her talent and distract from her accomplishments.

“The Girl With The Lower Back Tattoo” comes out next Tuesday, and one of the tidbits in the previews that we’ve taken away: Hollywood is still extremely sexist. The constant slut shaming that Amy had to endure and the way she talks about it in the book makes me absolutely disgusted. Because of the sexual scenes in the movie, reporters felt like they could ask her any and everything, instead of having respect for her as a human being.

In the book she says, “I get it. Movies are really expensive to produce, so the studios have to make sure people actually go see them. Maybe it was just a cultural thing that made the foreign journalists seem out of line. Some interviewers brought this vibe: ‘Well, you talk about sexual subject matter in your movie, so I can say anything I want to you,’ which made me want to shower for the rest of my life.” And it gets worse from there–she talks about a time in Berlin when a male journalist asked what she was like as a sexual partner, which is totally unprofessional!

In the end she says, “After the three hundredth interview talking about how many people I’d slept with and then awkwardly transitioning to my dad’s illness, I thought, ‘F— this. I’m never doing a movie again’. Just kidding! I am going to make more movies. But I’ll never do that much press again.”