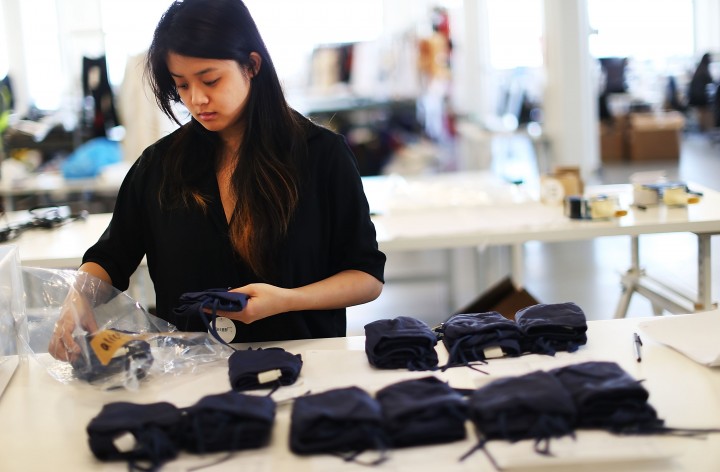 I was enjoying my day off when I got called into work suddenly because an employee didn’t show up.

On my days off, I normally don’t wear any makeup and lounge around in comfy clothes. So I changed out of my PJs, put on some business attire and heels, tossed my hair up in a ponytail and jumped into my car. I didn’t have any makeup on but I got called in after the no-show’s shift started already, so I knew I should get there ASAP. Who cared about what my face looked like, right?

Apparently some people did.

A co-worker came over to say hi. He looked at me with a peculiar face before finally mentioning that I looked different.

“I’m just not wearing any makeup and my hair’s tied up,” I said.

He looked at me again as if I was an alien. “Oh. I’ve just never seen you look like that before,” he said.

I look different when I do my hair and makeup, but I didn’t think it made that much of a big deal in the workplace. I guess I was wrong.

There’s a study that shows that more attractive people make more money, and a woman’s “attractiveness” was based on personal grooming.

But really? You’re going to hire someone based on how attractive they look? That’s kind of subjective, isn’t it? And what if they don’t look like their LinkedIn photo? Or what if they looked one way during their interview but look totally different on a daily basis when they go into work? Would you hire someone and then eventually let them go because of their looks? That might be drastic, but as long as a person has good hygiene and isn’t wearing anything offensive, I think they should be fine.

Obviously, this is a gender stereotype. What if a man wore makeup? Would you hire him then? There are men who wear makeup and I’m sure some employers are fine with it, but others wouldn’t be. So what, if you’re a man you shouldn’t wear makeup or worry much about your grooming when a woman should worry about that more?

Sure, most women don’t have beards/mustaches to worry about, but I guess we had better stock up on makeup and hair styling products.

It’s funny how we like to think that looks don’t matter, but it seems like they still play a heavy role in our lives.