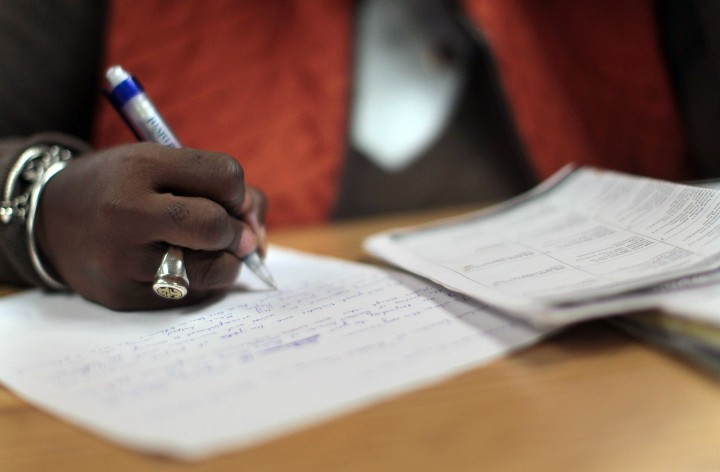 If I asked you to describe yourself in five words, what would you say?

(Seriously, think about this before you continue reading).

I read a quote that made me think about how I saw myself and how others saw me.

Esther D. Rothblum, a writer and professor, wrote a piece called, “I’ll Die for the Revolution, but Don’t Ask me Not to Diet: Feminism and the Continuing Stigmatization of Obesity.”

In this piece, the quote that stuck with me was, “…asked women to describe themselves, and found that most began by describing their appearance, even when they were highly successful in their professions.”

Now, think back to the five words you would use to describe yourself. How many of those words were physical characteristics?

When I read this quote, it was before I thought of my five words. So I had it in my mind already that I would use mostly physical descriptors about myself, and so would others. Since I read the quote before thinking about how I’d describe myself, my answers would be skewed. However, if I had to choose five words, they would probably be: short, funny, smart, shy and pale. I still wonder what my five words would’ve actually been if I had been asked that question before reading the quote. (So please tell me how you would describe yourself, because I’m genuinely curious).

I decided to conduct a small experiment. I asked men and women to describe me in five words. They were people who had known me my whole life and people who had only known me for several months. They were young and old and lived all over the U.S. I asked them in person, on social media and via text. The only question I asked was, “Can you describe me in five words?” Some interpreted it as five adjectives, while others saw it as a five-word sentence. Neither one was right or wrong.

My findings surprised me because most of the words people used to describe me were not about my appearance.

This surprised me for two different reasons. First, because it proved that quote wrong. Second, because maybe not everyone focuses on appearance like I initially thought.

We spend a lot of time thinking about how we look and what others think of us. We obviously want to look our best, especially in front of others we want to impress.

Our physical characteristics aren’t the only things that define us. If I had to analyze why the five words I chose for myself were: short, funny, smart, shy and pale, it’s because that’s how I’ve been described my whole life.

I can easily think of five physical characteristics to describe myself. I think we all can. It’s just important to remember that those aren’t the only words you should be using to describe yourself or others.

One of the words a few people used to described me was, “cute.” I understood, but at the same time didn’t. I wondered if it was in a personality sense or in terms of physical aspects. Perhaps both? I’m not sure. I didn’t dig into it. I just found it to be a peculiar word to use to describe someone, although we use it easily in daily dialogue.

I got a few people who called me “short” and “pale,” and neither were surprising.

There’s something about friends, family and acquaintances describing you in such a positive light that really just boosts your self-esteem just enough, but doesn’t push that ego to come out.

I also really appreciated that I found two people who described me using a five-word sentence.

Overall, I’m grateful for such loving people in my life, who prove to me that it’s not always just about looks. Although it seems like it’s all about looks, I don’t have to be the one to tell you that what matters is on the inside. So the next time you’re describing yourself or someone else, think about what you would say and why.

My all-time favorite was a friend who said I was, “Sunshine on a shitty day.”

Can I get that framed?

How Would You Describe Yourself to Others?
Stuart Weitzman Bunnylove
Yes Please + Wishlist
$498.00