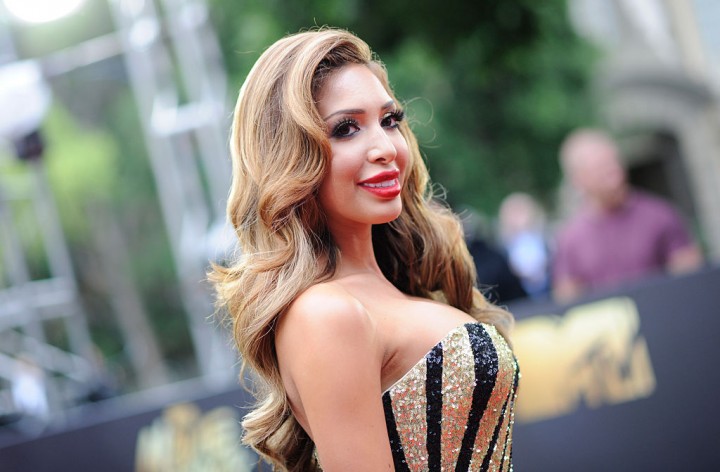 Black men everywhere are having a hissy fit because of the commentary from Teen Mom star, Farrah Abraham. Funny thing is, quite a few of them have been doing the same thing to black women for, I dunno, years.

Abraham has been on a Kardashian take-down rampage, and recently quipped, “I’m not really into black guys. I think that’s more of a Kardashian thing…God bless them. I think there’s a lot of attractive black men.”

Cue black men across the social media-verse getting on Abraham’s case.

Farrah Abraham said dating black men is a Kardashian’s thing. They all look way better than her so that’s a compliment. #farrahabraham
— BURNING STARZ (@burningstarz) August 17, 2016

Dear #FarrahAbraham
I speak for almost all black men when i say.We would prefer if you kept us out of your mouth. thanks
— Petty Pendergrass (@Niggenius) August 17, 2016

Look, I think the idea of disregarding someone because of their race is ridiculous. You are absolutely entitled to your personal preferences when it comes to finding someone attractive, but to group millions of people together on an attractive scale due to the color of their skin, eyes, hair, etc. is pretty dumb. All people of one race do not look or act the same.

What’s interesting is that many black men who are super butthurt right now do the same thing to black women ALL THE TIME via misogynoir (the intersection of racism and sexism).

When black men say things like, “I can’t date black women because all of them have attitudes,” or, “I want to marry a white woman so I can have pretty mixed kids,” or, “It’s #whitegirlwednesday,” or my favorite, “Yo, I love snow bunnies. Their asses are getting fatter, and they just need to get their seasonings on point,” it’s basically reducing black women to attitudinal, unattractive, sexual beings who are meant to cook for you.

News flash, we’re none of those things.

Claiming that you aren’t “attracted” to black women as a black man, yet going home so your momma can wash your clothes and feed you is beyond disrespectful. Saying that you think mixed women are the prettiest is telling women of color that their beauty comes from being mixed with whiteness instead of everyone just getting to be beautiful how they are. My melanin doesn’t make me mediocre.

Apparently some guy responded that we don’t get to choose our race and treating races of people as a trend instead of looking at people individually is narrow-minded. He was offended because siphoning off a whole group of people feeds into stereotypes instead of helping to lift others up.

My only question is, where was *all* of this insight when so many men purposefully elected to not date black women?