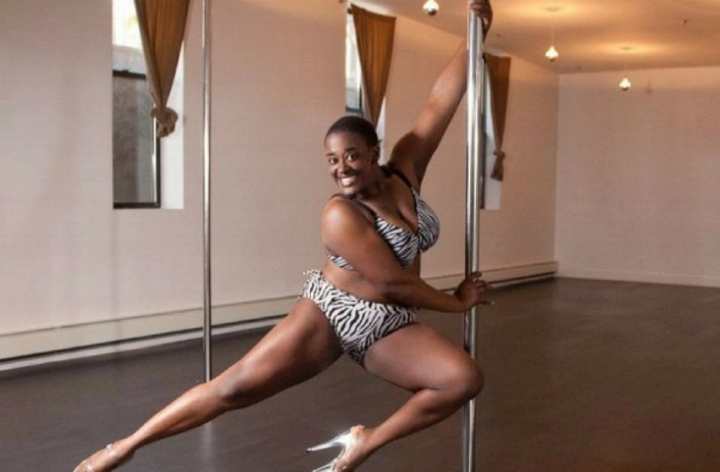 In a new interview with ESPN, Roz “The Diva” Mays was profiled as being one of the cutting-edge pole dance instructors and personal trainers in New York City. Of course the angle for the piece was that Roz is “an anomaly,” since she dances on poles in 6 in heels and teaches fitness at 230 pounds.

While I don’t appreciate them constantly pointing out her weight and how amazing it is that she is doing something that she loves regardless of her size and what other people think, there were some very insightful moments in the interview. Roz talked at length about realizing her body at a young age when her family would “embrace their thick gams and affectionately call them tree trunks.”

Lucky for her, she didn’t take offense to the comments and has been able to channel the attention to her body in a way that makes her feel comfortable and empowered. And despite Howard Stern’s comments on her being too fat for fitness during an America’s Got Talent audition, Roz has decided to press on. “My audition didn’t air on TV, other than in a quick montage, but he said that in front of 1,000-plus people — including my parents — but I wasn’t bothered by it. Some people were so shocked by his words, but it takes a lot to shock me, especially someone calling me fat in relation to pole, because I expect to hear stuff like that. So I consider myself extremely lucky because his comment led to a lot of subsequent interviews [about fat shaming and body positivity].”