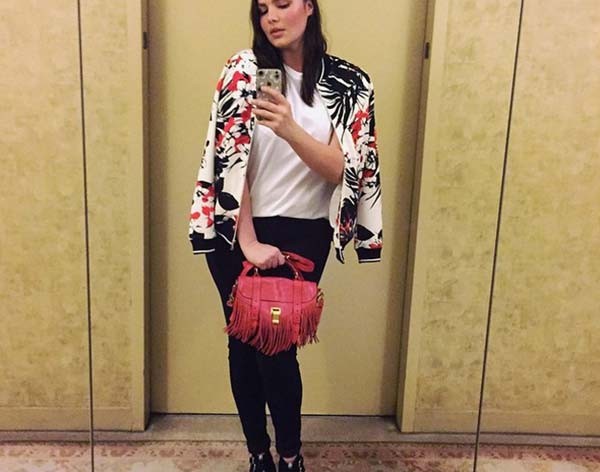 Social media is one of those really powerful things that has impacted the curve community; I won’t be bashing a tool that has united so many women. I do think with its increased popularity, there’s only so much people can take when comparing themselves to others and constantly being put under pressure to look perfect.

A recent study in The New York Times found that teens who spend more time looking at their friends’ photos on social media end up feeling worse about themselves, even if it’s subconsciously. It could be happening on a level where you truly aren’t noticing it, but it is doing serious damage to your self-esteem. The title of the article itself lends honesty to how critical we are of each other’s bodies in today’s society, “For Teenage Girls, Swimsuit Season Never Ends.”

The study combines results from a 1998 experiment dealing with women who had to take tests while wearing bathing suits and found out that they performed dramatically worse academically when thinking about their looks. The research also combined results from a study in a June 2016 that found the more we look at our friends social media accounts, the more we compare to our own.

While this may not be the case for you, it’s important to realize the effects both good and bad that social media has on women. You know those 100 selfies you take to get to the perfect one? That may be hurting more than it’s helping. How do you think social media has an effect on your body image? Tell us below in the comments.