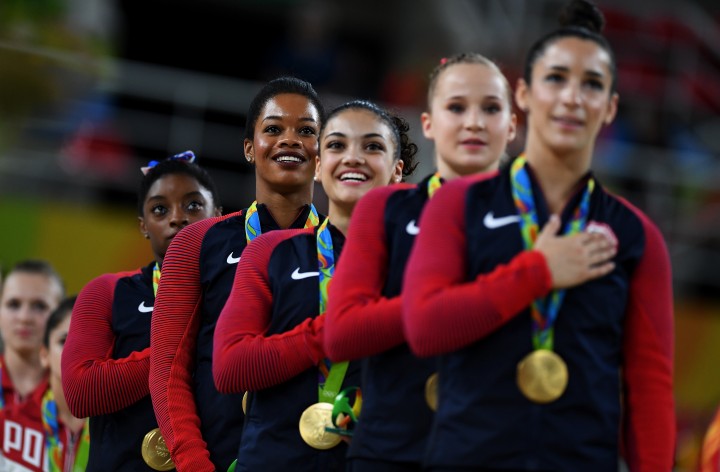 By now you’ve probably heard all about how Olympic gymnast Gabby Douglas didn’t have her hand over her heart during the national anthem at the medal ceremony on Tuesday.

Everyone started wondering and speculating.

She didn’t offer an explanation as to why she didn’t put her hand on her heart, but she doesn’t have to.

I understand these may be different scenarios, but when Michael Phelps laughed during the national anthem, no one did anything but wonder what made him laugh. When Ryan Held cried, everyone was sympathetic.

Sure, the men may have both had their hands over their hearts, but laughing and crying seem to be OK when leaving your hands at your sides isn’t?

Yes, I know that it’s respectful and proper etiquette to place your hand over your heart during the national anthem. But if someone doesn’t do this, why do you shame them?

Perhaps people have a reason for not doing this. Perhaps they simply forgot. I don’t know. But maybe you shouldn’t go after someone so hard for it.

People are speculating about it as an act of a protest. Was she protesting something? I don’t know. Even if she was, then leave her alone. She wouldn’t be the first to do so anyway.

You should do what’s respectful and what’s considered proper etiquette, but if you don’t, then you should just be prepared to explain yourself or apologize. Douglas apologized. I think that’s enough.