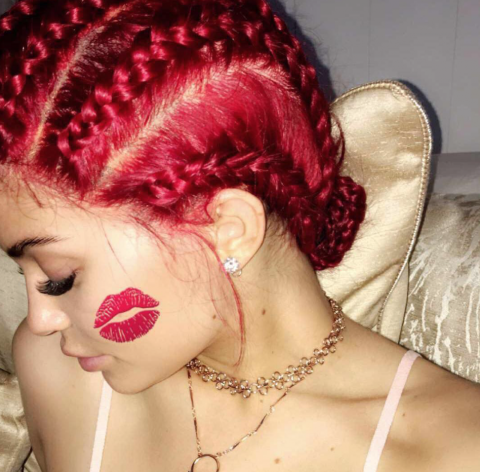 If you haven’t seen, queen of appropriation, Kylie Jenner, decided to don a new hairstyle for her 19th birthday. Red hair, nbd. Cornrows? Cue an insanely heavy sigh and my ears turning the color of her hair dye.

I have no doubt many of you will just scroll to the comments and say things like, “Omg, shut up. It’s just a hairstyle,” or, “Styles don’t belong to a culture,” or, “Seriously, it’s just hair.” Frankly, I wish I had the liberty of saying that when I was growing up.

One of my friends, Brandon, wishes he had the liberty of saying that when he was told he didn’t get a job because he wore his hair unprofessionally (aka, cornrows). My friend Macey* wishes she did when she wore her hair in cornrows and was pulled in by HR to be told that she needed to wear her hair in a “more natural style.”

That’s the problem with cultural appropriation. You know, it really does suck to be told you can’t do something, even though it’s natural for you, protective for your hair, and rooted in your culture, but someone who doesn’t look like you can get away with it. Not just get away with it, but make it okay.

And no, it doesn’t make black people feel better because, “Oh, well now everyone can wear it because it’s acceptable!” That’s not a response. That’s annoying because why is it that white people have to do something to make it culturally appropriate?

That’s really at the heart of this. Not a hair style. Not that people of color don’t want white people to be able to do things. It’s the frustration that pieces of our cultures are considered to be “unacceptable,” or, “savage,” or, “inappropriate,” until a white person adopts them.

If you’re a Rioter, this should bother you. Why? Because people’s looks aren’t being accepted. Because cultures of people are being told they aren’t beautiful, acceptable, or appropriate. That goes against everything we stand for. Putting ourselves in someone else’s shoes and letting them know people are beautiful just as they are is something we strive to do every day. If you truly want to see diversity celebrated, you can see how this is problematic.

It will continue to be frustrating, dehumanizing, and maddening. And the Kardashians will continue to do it, because let’s get real, they’ve spent countless dollars and hours trying to make themselves into something they’re not. Why not continue to be “trendsetters,” and ripping off of other people in the process. It’s what they do best.