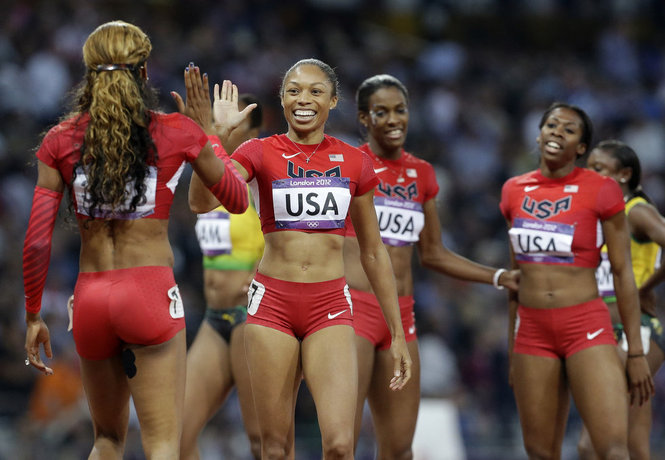 If you’ve been watching the Olympics like I have, it’s been fun and definitely a joy to watch. But one thing that’s become more and more apparent to me is the way that newscasters approach a woman winning. Of course there is the initial congratulations, but within seconds of most of the women winning, the camera and reporters cut to the man in the woman’s life, often a husband or trainer, who they then focus on and praise for getting this woman to the Olympics.

If you think I’m being too sensitive, there’s proof–when NBC commentator Dan Hicks reported on Hungarian swimmer Katinka Hosszú winning the gold medal and shattering records, the camera went right to her husband with Hicks saying “and there’s the man responsible.” I’m sorry, was he in the pool with her or did we just watch her dominate in the pool? And while Hicks did apologize later on for his phrasing, it’s still shocking to me. Coaches are a motivating factor in pushing their athletes, but Hosszú is the one who deserves the credit.

Wait what did I just watch? Hosszu smashes WR & NBC cuts to husband coach w/ “and there’s the person responsible for her performance”?!??

Then it was the Chicago Tribune, noting a woman’s marital status before the fact that she did this really amazing thing like win a bronze medal at the Olympics. Shame on you media, you can do better!