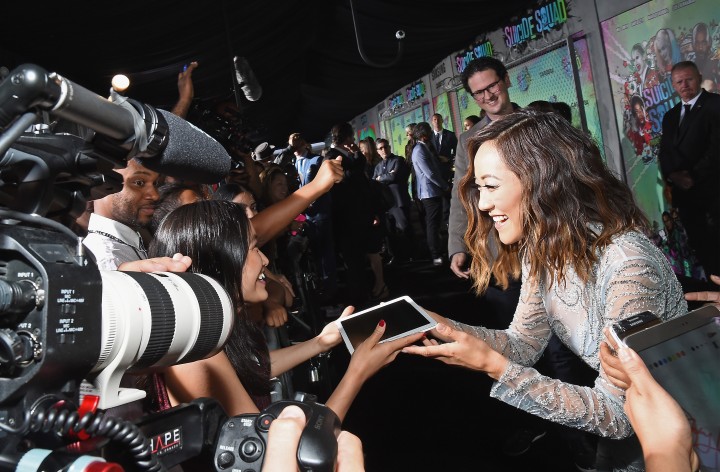 We’ve all heard the fight for more Asian actors on the big screen. This argument has been taking place for years and it’s still a prominent conversation topic today.

In recent news, everyone’s talking about how Matt Damon will star in the movie, “The Great Wall.” It’s another white man playing a role many think should be played by an Asian actor. The movie’s Chinese director Zhang Yimou defended Damon by saying that the role wasn’t meant to be played by a Chinese actor specifically. The way I see it, there are two things that need to happen:

First, there aren’t enough Asian leading ladies and leading men on the big screen and that’s an issue. And when Asian actors are hired, many times it’s for a side role or to play a stereotypically Asian character.

There’s a lack of Asian representation in Hollywood, but what’s worse is when non-Asian actors are hired to play roles meant for Asian actors. This doesn’t mean Damon can’t act in “The Great Wall.” If Damon’s character isn’t meant to be Chinese and doesn’t have any anything related to the culture that an actor should also have to portray, then fine. However, if a character is supposed to be a certain ethnicity and that shows in his actions in the movie, then you should obviously hire someone Asian to fit the part.

We don’t need anyone like Mickey Rooney as Mr. Yunioshi or Emma Stone as a half-Asian character in “Aloha.” Things like that are unacceptable because the first is yellowface and the second is a movie about Asian culture, which wouldn’t really have worked with a Caucasian actress, would it?

Not all Asians look the same, OK? So when you have a Chinese actor play a Vietnamese character, the audience will notice. It’s offensive and makes you wonder what happened. Why didn’t they find someone of a specific ethnicity to play a character whose identity could really rely on their looks, the language or the cultural knowledge they can bring to the table? Some may argue that it’s because the talent isn’t always there. I beg to differ. There’s talent everywhere, you just have to look for it.

It’s not just about equality, but it’s about a connection. How can I be connected to the Chinese character on screen when the actor you chose to play her is Indonesian?

Just get it right the first time around.

And “Fresh Off The Boat?” I already didn’t want to watch that TV show once I heard the name. It took me ages to finally force myself to watch an episode, and I liked it a lot more than I thought I would! The title was just so offensive and stereotypical that I really didn’t want to have anything to do with it. People realize that FOB is still a term that’s used, right? The show highlights Chinese culture, so why not name it something a little less cringe-worthy?

This fight for more Asian actors is exhausting. It shouldn’t even be a fight anymore, but it still is and I have a feeling it still will be for years to come.