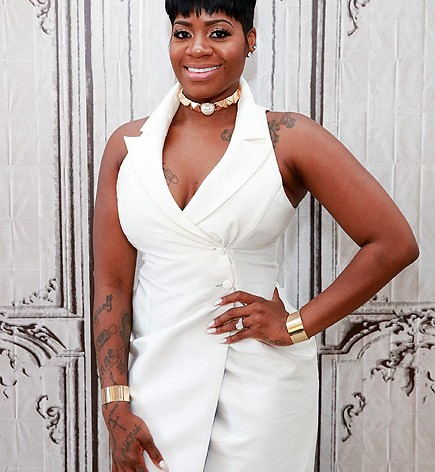 If you’ve never listened to Fantasia’s music, you should because her voice is amazing, but her journey speaks volumes to women’s triumphs everywhere. Her journey in music started out after being raped by a classmate, dropping out of high school and taking care of her daughter Zion who is now 17 years old. In 2004, she won the third season of American Idol, that catapulted her to fame and threw her in the mix of a lot of body and emotional pressures to become someone else.

After a suicide attempt, breakups with family, and personal turmoil, Fantasia has been able to rise above it and come out on top. In her new album, The Definition Of… , she opens up about body image and people calling her ugly as a child. She recently told People Magazine, “I will say, being a ‘real black woman’ with big lips, wide nose, short hair, a big ol’ booty and hips, and not what they say a black [celebrity] should be, was kinda hard. It’s truly been a tough fight.”

#TheDefinitionOf . . . album available NOW! The booklet has a special message dedicated to God, the fans and my Grandma . . . Get your copy today!! #ALBUM5 #INSTORESNOW #ROCKSOUL

She added, “My song ‘Ugly’ is for every young girl out there who’s gonna go through everything I went through, and more. So many of our women think that if you don’t look a certain way, then you’re not pretty or you’re not accepted or the guy won’t give you any type of attention. Or they lacked love from a mother or father, so they’re just putting themselves out there. And it’s not just young girls. There are some women, my age and older, that are still going through that. Every time they look in the mirror, it’s ‘Maybe I need to change…’ But no! Accept who you are. Be confident. Be bold. Rock it.” It’s inspiring to see her spread her wings, and talk about her insecurities to help other women. Go Tasia!