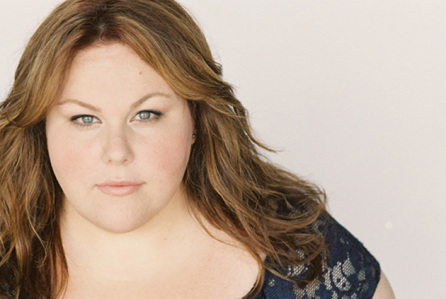 Chrissy Metz Finally Gets a Role That Isn’t About Her Weight
by Lindsay Peoples | August 8, 2016 at 6:30 AM

Actress Chrissy Metz is known for her role on American Horror Story, but this fall she is starring in NBC’s new hit show, This Is Us. And for the first time in a very long time, a curve woman will be on national television, not laughing or being made fun of for her weight, giving an inside look at what it’s like to struggle with your weight, and given multiple love interests!

At the Television Critics Association Press Tour this week, Metz was adamant about wanting a change in the roles she is given, and portraying curve women as respected human beings. “We need to write more of those stories. We need to not always be the butt of the joke. I feel incredibly lucky. I don’t know many plus-size women who are starring in a television show that is going to be seen by so many people who are affected by being overweight.”

And even though we’ve only been able to see the trailer, since the show debuts September 20, fans are already noticing the way they present her as a character is completely different than any other show on television right now. “I’ve already had people reaching out to me [about] the fact they’re addressing being plus-size or overweight and still being attractive. I teeter this line between I want to change, but I also really love myself. I look in the mirror, and I’m a plus-size girl, but I got it going on.” We’re rooting for you Chrissy!